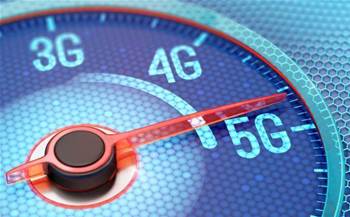 Access to more spectrum and mmWave would make a difference.

Telstra's 5G service is hitting average download speeds of 157 Mbps according to Opensignal's latest survey, placing it above average among the pack of telcos offering 5G services.

The true 5G speed king is American telco Verizon, which uses high-frequency spectrum in the 28 and 39 GHz millimetre wave bands.

Opensignal's crowd sourced data, sampled between January 31 and April 30 this year showed that South Korean telcos LG U+, SK Telecom and KT 5G speeds hit over 200 Mbps downloads, substantially faster than the 45 to 64 Mbps users got on their 4G networks.

AT&T and T-Mobile subscribers in the United States expecting similar speed bumps might be disappointed, as Opensignal's data showed that on the former 5G was capable of 62.7 Mbps downloads on average, and 47 Mbps for the latter.

This is around twice as fast as AT&T and T-Mobile's 4G networks, but well behind South Korean Telcos, Verizon and Telstra.

The speed difference is partly due to the amount of spectrum available to each telco, in which frequency bands 5G services are available, and cell site backhaul.

Opensignal noted that T-Mobile had repurposed low-band spectrum from 4G services in the 600 MHz range, and AT&T in 850 MHz, whereas other operators used mid-band spectrum between 1 and 6 GHz.

T-Mobile will have access to US telco Sprint's frequency band assets which include mid-band spectrum, and which should boost its speed ratings, Opensignal said.