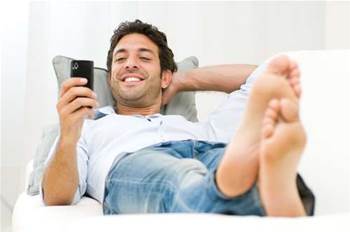 The Federal Government has given carriers and other bidders at least another year to make final payments on any digital dividend spectrum they win at auction in April.

The reprieve comes as the digital dividend auction commencement date of April 16 looms.

Under the previous arrangement, successful bidders would have been required to stump up the cash for 700 MHz and 2.5 GHz allocations "shortly after the conclusion of the auction in mid-2013".

But the revision now means that successful bidders won't have to find funds for final payment until "the second half of 2014".

A statement from Communications Minister Stephen Conroy's office indicated the new payment schedule "responds to industry concern about paying for both the reissue of expiring spectrum licences and spectrum licences won at the digital dividend auction within a short period of time."

Further comment from the Minister's office is being sought.

All three carriers are using the 1800 MHz band to deploy early 4G networks in metropolitan areas.

The Government is hoping carriers will also buy so-called "waterfront" digital dividend spectrum to bolster 4G network rollouts across Australia, although there are also moves to free 1800 MHz assets in regional and remote Australia to aid 4G expansion.

Senator Conroy's office indicated the revised payment timing for digital dividend wins does "not impact upon the commencement date of spectrum licences issued as a result of the auction."

"It remains the Government's expectation that the spectrum in the digital dividend band will be cleared by 31 December 2014," the office stated.