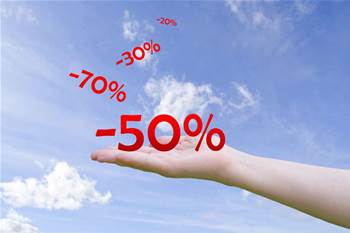 Argue that promise of lower internet bills may not materialise.

The government is hoping that Australian internet and phone customers will be able to lower their bills by understanding their usage patterns better, but the industry is unconvinced of the plan.

The federal government on Monday afternoon formally expanded the consumer data right (CDR) to the telecommunications sector, in addition to applying to the banking and energy sectors.

In banking and energy, customers are able to request data that providers hold on them and then give it to another provider, either for further analysis or to transfer services between providers.

The extent to which this can be replicated in the telecommunications sector was questioned by Telstra in July 2020, and a year-and-a-half on, those doubts remain.

“The government has not yet quantified the benefits that it believes will flow to consumers from having a CDR for telecommunications,” representative body Communications Alliance said.

“Many of the claimed benefits to consumers have been delivered through other government policies, such as greater competition in the mobile sector, number portability, mobile blackspot funding and the $50 billion NBN project.

“There has been no evidence presented that CDR will add to these policies.”

Communications Alliance added that the CDR could add $120 million in costs to the sector in the first two years, and said that the benefits of this investment needed to be properly analysed.

The government said that a CDR for telecommunications is about “giving consumers more power to lower their internet and phone bills.”

“Expanding the consumer data right to the telecommunications sector will allow consumers to access more accurate information about their own internet consumption, phone usage and product plans so they can more easily compare and switch between providers, encouraging more competition, lower prices and more innovative products,” the government claimed.

After telecommunications, the government also revealed it would expand the CDR to what it called “open finance”.

“Open finance will allow consumers to compare and save across a greater range of financial products covering not only banking, but also general insurance, superannuation, merchant acquiring and non-bank lending service providers,” it said.

The government said that combining open finance and banking datasets could “provide a consumer with a more holistic picture of their financial circumstances that is all held in the one place.”

It added that consultations on both expansions would commence soon.