Telcos to go ahead with delayed Tasman Sea cable 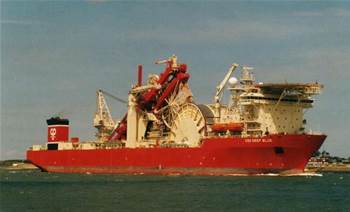 Telstra scales back investment in TGA.

Telstra, Spark and Vodafone today reaffirmed their intention to build the Tasman Global Access (TGA) Cable for US$70 million (A$86 million), albeit with several changes to the original business plan.

Spanning 2300 kilometres, the cable will land at Oxford Falls in Sydney and Raglan in the Waikato in New Zealand where it will connect to Vodafone's existing Acqua Link infrastructure, and have a starting design capacity of 20 terabit per second.

The TGA had originally been designed with 30Tbps capacity, and was to be completed by the second half of this year at a cost of less than US$60 million.

The cable is now slated for construction early next year, and forecast to be operational by the middle of 2016.

A Spark spokesperson attributed the delay to the extra time added by an extensive review of the business case as well as the tender for the cable's construction.

"The reality is that these sorts of long-term investments can be challenging in terms of the business case, so it was important the time was taken to get it right," the spokesperson said.

The review of the original business case was also responsible for the scaling back of the design capacity to 20Tbps from 30Tbps, the spokesperson said.

"It's worth noting that the total capacity of 20Tbps is hundreds of times more than the current internet data demand out of NZ," he said.

Telstra has also downgraded its investment in the project, scaling back its contribution from around third of the project to US$6 million.

Despite the trio making an indicative statement of intent to contribute a third each at the time of the original announcement, a spokesperson for Telstra said the telco had not downgraded its investment.

"We are taking a near 9 percent stake, which is still sizable for a cable project," the spokesperson said.

"This project is part of our strategic growth priority, and this investment recognises the importance of meeting the needs of its customers for new low latency and high capacity links that will deliver improved diversity and resilience between Australia and NZ."

Telstra this week revealed it was seeking to acquire global backbone operator Pacnet and its 46,000 kilometre cable network.

The cable's new ownership structure will now see Spark and Vodafone each contribute US$32 million.

The pair are hoping the cable will help them tap into fast growing trans-Tasman internet traffic.

“We are seeing increased data content being provided from Australia-based servers by global companies and being accessed by New Zealand internet users," Vodafone and Spark bosses Russell Stanners and Simon Moutter said in a joint statement.

Alcatel-Lucent today separately announced it had won the tender to build the TGA. The telco equipment provider said the cable would be built using 100 gigabit per second coherent technology.