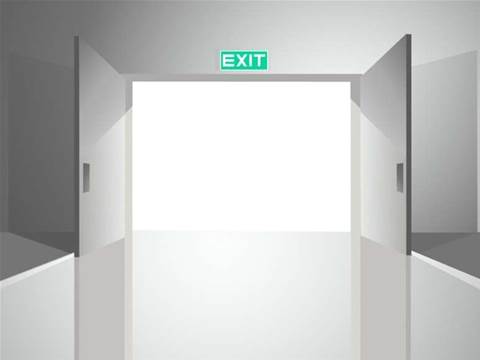 The Australia Telecommunications User Group faces closure after 30 years due to dwindling membership and lack of finances.

The industry group, which aimed to represent end-users in the corporate and government sectors, was negotiating with the Australian Computer Society and other industry groups to merge or absorb elements of ATUG's operations but had yet to finalise any arrangement.

Chairman David Swift doubted any member groups would appeal to the same demographic targeted by ATUG.

However, Sinclair's departure was seen as a catalyst for the board's decision to close its doors.

Swift said the board agreed to "go out on a high" and announce the closure ahead of further troubles.

"It's very sad after 30 years, having been involved with [ATUG] for most of it," he said.

"It's not only ATUG, the trade shows are getting smaller. There's so much information on the internet and it's getting harder to justify your position as the disseminater of information, which was the case 30 years ago."

The group had been seen by internal state division heads as being "inactive" while externally Swift admitted the group lacked the scope and membership to influence decision-making in favour of its demographic.

Since its establishment in 1981, the group had contributed toward early industry pushes for a separation to then government-owned Telecom Australia.

Though Swift said he was proud of the work ATUG had done during its existence, he said there was a case for a similar body to fill its role in establishing the views held by the corporate and government sectors.

"Whereas 30 years ago we opened our doors on the basis of trying to get better services for corporate and government-type customers, now with the NBN there's a great body of thought to think that battle's won," he said. "I certainly don't think that battle is won at all.

"Someone needs to keep these people honest, someone needs to be watching them and making sure that corporate and government views are embraced. Unfortunately ATUG is no longer in that place."