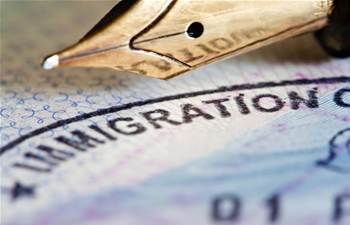 Australia’s new permanent migration scheme for highly-skilled technologists will struggle to attract 5000 people in its first year, with under 300 visas granted before COVID-19 began to bite.

Documents obtained by iTnews under freedom of information laws reveal only 735 EOIs (expressions of interest) were lodged for the ‘Global Talent Independent’ program in the three months after it was launched last November.

But the actual number of visas submitted and granted following these EOIs is far lower, though a full breakdown is not possible as applications are processed under two existing visa streams.

Even if all 227 of the visa granted came through the GTI channel, it represents just a fraction of the 5000 people the government wants to attract between July 2019 and June 2020.

This leaves the vast majority of places to be filled in the last five months of the scheme during the peak of the coronavirus pandemic.

The GTI program was officially launched last year - although flagged several months before - to attract the very best tech talent from around the world and maintain Australia’s competitiveness on the global stage.

It is aimed at highly-skilled technologists that are likely to earn more than $149,000 each year working in one of seven “future-focused fields”, including cyber security, fintech and quantum computing.

The scheme follows other recent attempts by the government to attract skilled technology workers to Australia through the ‘global talent – employer sponsored program’ (GTES), which was made permanent in August after a 12-month pilot.

A key drawcard of the GTI program is the offer of a “fast-tracked process to permanent residency” taking weeks, not months, according to immigration and citizenship minister David Coleman.

Although heavily reliant on ‘Global Talent Officers’ in Berlin, Washington DC, Singapore, Shanghai, Santiago, Dubai and New Delhi, migrants can apply if they’re endorsed by an organisation or an individual with a “national reputation in the same field”.

The program was also recently expanded to recent PhD graduates in the seven fields, as well as Masters or Honours graduates with a distinction average or above, though these places are limited to 1000 (500 onshore and 500 offshore), according to Ajuria Lawyers.

While the early results paint a bleak picture, with most visas left to be filled in just five months, Hannan Tew Lawyers partner Jordan Tew told iTnews that his firm had fielded “a “significant amount of enquires” about the program more recently.

“This is both from individuals who are interested in applying and individuals who have since received positive outcomes from their EOIs and are seeking assistance with the visa component,” he said.

“This could be due to an increase in awareness and interest now that a number of people have actually been granted the visa.

“Specifically, we’ve heard from a lot of PhD candidates that are within six months of submitting their thesis who are extremely interested in the GTI program.

“There seems to be a genuine interest from our clients.”

However, data on the processing times for subclass 124 visa - for those located overseas - is “unavailable due to [the] low volume of applications”.

Despite the limited number of applications in the first three months, Tew said the scheme was a good way for Australia to “attract and retain top tech talent”, particularly those highly-skilled individuals “who would otherwise be disadvantaged for points tested applications”.

These points tested applications include the general skilled migration program, which is the main way for individuals to gain permanent residency without sponsorship from an employer.

However, Tew said the points threshold to be invited for a GSM visa was often high, with those that are invited likely to be younger, have a broader set of attributes and have studied in Australia.

“We see a lot of individuals who are highly skilled and distinguished in their field, but are unlikely to receive an invitation for a GSM visa because of the low number of invitations being issued, and they’re disadvantaged in a points system,” he said.

“From a purely skilled basis, the GTI offers a cleaner pathway to permanent residence without competition from the ordinary GSM candidates.”

Overcoming the problems of the past

After the years of 457 visas, Mandlason Search general manager and former Australian Computer Society president Edward Mandla said the program was a good departure from schemes that lacked sincerity.

“The biggest problem that I’ve always seen with our skilled migration system has been a lack of sincerity,” he said.

“If I go back to the early days of outsourcing, there is absolutely no doubt the system was exploited by multinational corporations to transfer across employees to Australia to their subsidiary to make higher profit margins.”

Mandla said that although there was “always Australian talent that could have done the job”, the country's immigration system has always made it very difficult for talented people to make the leap.

“Over the years, I've sat down with a huge amount of migrants in Australia that are highly talented people and made a family decision to take a leap of faith to move here permanently,” he said.

“And their stories have always been disheartening. They all talk about the length and complexity of the process. It’s not for the faint hearted. It's expensive.

“This is not the way to market a country that needs highly talented people to increase productivity because the message has been firmly set around the world over the last 15-20 years that this is a really hard country to get into.”

Mandla said the GTI program appeared to address some of these foundational issues, but that the early results appear to suggest that it is not being marketed well enough or is targeting the wrong areas.

“If I look at this GTI program, I actually think it gets over a lot of the problems because it is actually looking for sincere people,” he said.

“The program is sincere and it appears that it would happen fast, so I think the government’s got to be congratulated.”

But he said that the government should do more to market the program in order to change perceptions.

“Get a few billboards going on the freeways when people are stuck in two-hour traffic.

“Get some case studies of people who’ve moved to far North Queensland and are involved in startups and having a great life.”

“I think this is a slow burn, but once word gets out, what a great thing for our country.”