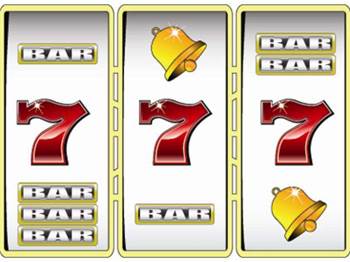 To deploy nationwide network by 2014.

Gaming company Tatts Group will roll out a new DSL network to 9000 endpoints across the country in the next 18 months, replacing a mixed bag of ageing technologies.

“We’ve got PSTN connecting some of our sites … we use Frame Relay, we use Next G-type services, we use a bit of Ethernet Lite,” he told iTnews at the CIO Strategy Summit last week.

“What we have is a transition plan that will take us forward to a far more modern platform, in terms of our network. We’ll be ready for the NBN to roll through.

“[In 18 months’ time,] Ethernet Lite will be our standard right across the board with a Next G backup.”

Telstra described the Ethernet Lite service as a high-speed, scalable network for businesses with bandwidth-intensive applications.

The telco touted a target service availability of 99.8 percent, thus allowing for less than 18 hours of downtime a year.

When a Telstra outage took a portion of Tatts’ endpoints offline earlier this year, the business lost an estimated $500,000 in revenue.

“It was on a Monday, which was a relatively quiet day,” Hasler noted. “The interruption for us was more damaging in terms of brand and reputation than it was in lost revenue.

“In that instance, what we asked Telstra to do was not to compensate us but compensate the agencies [such as TABs and newsagents] themselves.”

Hasler – who previously worked in the mining and finance sectors – said uptime was “absolutely key” for Tatts, which operated sports betting, lotteries and poker machines.

The group could miss as many as a dozen events during a poorly timed 30-minute outage, he said.

“We architect our systems in such a way that we can very, very quickly respond to a disruption,” he said.

“Our entire wagering platform across the whole country is run on that one [active server],” Hasler told iTnews. “We maintain two hosts in each data centre and two data centres.

“That gives us coverage. In the event that we lose connectivity between the two data centres, we would still have redundancy inside one.

“If we were to lose one [host] within a data centre, we would still have redundancy across data centres.”

Hasler described Tatts as a “high-volume transaction processing business”, likening it to ticketing companies like Ticketek.

Tatts processed more than 750 transactions a second for the Melbourne Cup, during which time its wagering servers operated at 15 percent of maximum load.

It also monitored up to 3000 transactions a second from poker machines across the country.

The two primary wagering servers were refreshed with “top-tier HP boxes” every two years, with the older boxes moved to the secondary facility.

The former secondary boxes would then be passed on to serve other parts of the business, including test environments and email.

Hasler said Tatts had done “an enormous amount over the past five years” to keep up with new technology and customer demands.

But its decisions tended to be delayed by government regulations, he said, highlighting its inability to virtualise many systems as an example.

“We use virtualisation in our test environment and for our backoffice applications [but] in our production environment, we’re very low in virtual usage,” he said.

“It’s more about government than it is about our election. In South Australia, regulators come and visit us at least once, twice a year.

“What they want to see is that the serial number on the box hasn’t changed, the amount of memory, the hardware, we’ve got in the box is still the same. That’s very hard to manage in a virtualised environment.”