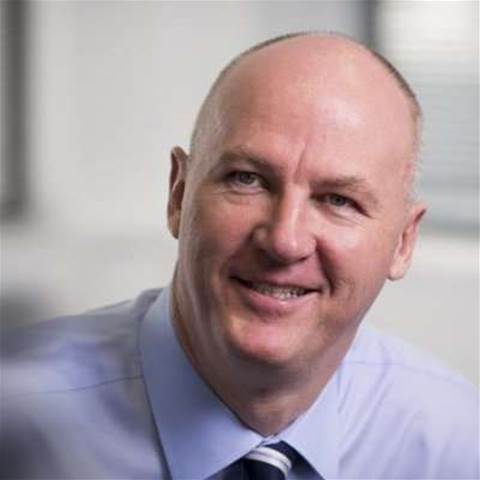 Just over six months into the job, life insurer TAL’s new CIO already has a handful of significant projects under his belt and is speeding towards new projects involving BYOD and virtualisation.

Scotsman David Gillespie joined the company in March from the UK and online trading broker Fidelity, where he headed up the local IT operations.

He has a rich history in IT, and accidental and re-occuring affiliations with computer giant HP. Gillespie started at Compaq - later acquired by HP - in the UK, and later moved to EDS (another HP acquisition) in Switzerland. He joined Fidelity after a short stint with BUPA.

As UK CIO at Fidelity, one of Gillespie’s major projects was to create a new digital platform and unify the platforms of Fidelity’s Asia, Germany and UK divisions. The program brought together a mixture of content management systems across the globe - Flash-based in Asia and Java systems in the UK and Germany.

Coincidentally, the new platform was built on the TeamSite content management system - a product of Autonomy, a company which was controversially acquired by HP in late 2001.

One of Gillespie’s first tasks in the TAL CIO job was to oversee the implementation of a more flexible working environment. The company moved into two new offices in Sydney and Melbourne and used the move to establish a hotdesking arrangement.

The company gave all of its 950 Sydney and 500 Melbourne staff HP laptops running Windows 7 to allow them to move around the office and work remotely. Previously only around five percent of staff had laptops.

It also abolished office walls for an open-plan environment for all staff, including management.

“That is a major cultural change but it is working well,” Gillespie said. “The flexible working means we can collaborate much easier.”

Gillespie has also overseen the roll out of the life insurer’s new claims tracking system. It has invested in the Fineos claims management software to better manage customer claims, moving away from an entirely paper process.

“We know that if a customer is making a claim, then they will be going through a tough personal situation such as bereavement or illness, so we want to make the process for claiming as painless as possible," he said.

"We haven’t got it right by any means, but we are investing significantly in systems that make it better for the customers."

TAL employed a contractor to wade through a “huge” amount of paper files, going through all active claims and digitising them over a month, Gillespie said. The company is progressively migrating closed claims.

Also currently under construction is a large-scale simplification program, which aims to shift three of the company’s legacy administration systems onto a new platform. Gillespie said TAL had procured a new system but declined to specify as it was currently under both a business and technical review.

“We want to kick the tyres and make sure what we are seeing makes sense,” he said.

Over the coming year the company’s two main IT focuses will be on virtualisation and BYOD.

TAL has already begun the move to virtualised desktops, and has so far virtualised around 90 percent (or 55) of its applications, using VMware and Citrix, since February. It’s got another 5 percent to go and expects to have fully rolled out virtualisation, including thin clients in the offices, by the end of the year.

It’s also studying how to roll out a BYOD program. Currently the company provisions around 200 of its 1500 staff with predominantly iPhones and some BlackBerries.

Gillespie said the organisation wanted to give employees the ability to interact and work how they wanted, but would take the approach to BYOD slowly, with a pilot likely to involve the 240 staff in his technology department.

He said staff using BYOD would likely not be allowed access to the entire corporate network, with security the company’s main concern in such a program.

“It’s not just about us bringing in the best firewalls and security systems, it comes down to people and individuals,” he told iTnews.

“We are trying to raise awareness of things that are happening, such as the RSA [SecureID breach], that was just someone making a simple mistake. It’s not about the hardware or infrastructure, it’s about the individuals.”

Another long-term project for Gillespie will be moving the organisation towards a service-oriented architecture. He said the company had already made some movements in that area but the approach will become more formalised over the coming year.

“We want to expose the information on a number of legacy systems so it's easier for customers,” Gillespie said.

“It’s about determining what that integration would look like to be able to do that, and deciding what our structure architecture will be.”

TAL plans to build out web services for its legacy systems in order for customers and call centres to be able to access information in one location.

“Where maybe five years ago we had a product in a certain system, we’ve created a new product in a new system, it’s about being able to allow customers to access that information in one system rather than having to go into two," he said.

The individual IT projects form part of the company’s broader change agenda. TAL plans to inform its internal and digital technology based on what its customers want and how they would like to interact with the company.

TAL has engaged a consultancy firm to undertake intense workshops in order to help develop its IT roadmap. Around 30 people from the company’s business and technology divisions are involved in the workshops.