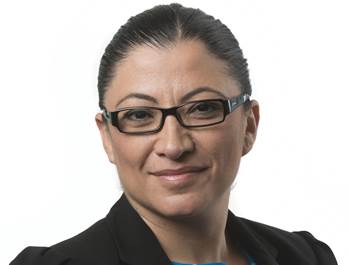 Tabcorp is set to become one of the largest Australian corporate users of the Google-created open source UI toolkit Flutter, which will underpin its offerings in mobile, web and retail.

The gambling company is in the process of rebuilding its TAB app, website and retail terminals to run off a single codebase, instead of the “couple of dozen” codebases currently in use, which include native iOS, Java and Kotlin.

A 220-strong project team has been assembled with developers from Tabcorp and Accenture, and Google is also contributing to the effort.

“Flutter for us will effectively be what our customers see and experience when they interact with us.”

Tabcorp effectively ran a bake-off between its current codebases and Flutter in the back half of 2021 as it sought a way to meet its goals of new experiences and technical simplification.

Flutter was seen as attractive in part because it was effectively a fresh start for development teams and a clean break from older design and development decisions.

“What we found is that if we continued with our existing code base, it didn’t matter how much new stuff we layered on top of it, the complexity that builds up over a decade is still there,” Ozenc said.

“We had a 10-year-old mobile application. The codebase, the architecture, and the thinking that sits behind it is 10 years old. In technologies like mobile, 10 years is a lifetime.

“Our current apps have served us well, and continue to serve us well, but we needed to draw a line under them and say ‘we’re now moving to next-generation technology and next-generation ways of working.

“We found starting completely fresh, totally unencumbered, with a clean product was a far better position for us as a business.”

A large-scale due diligence effort followed as Tabcorp contemplated - and ultimately made the call - to back Flutter.

“There was very heavy scrutiny on the product selection, with all of the assessments you’d expect an organisation like ours to go through, and very thorough referencing of current Accenture and Google clients who are using Flutter to make sure that we knew exactly what we were getting into by firstly selecting the product, and then selecting Google and Accenture,” Ozenc said.

“We had to make sure that all three of those things were what we wanted and needed.”

Satisfied, Ozenc, together with colleagues from Wagering and Media, then jointly took a business case to the board that was signed off.

“Everything about this project for us has been business and technology side-by-side,” Ozenc said.

“It has been a very collaborative exercise where we pitched together and we were very transparent in telling the story of Flutter and what it can do for us, but more importantly how it actually addresses the needs of the customer and the challenges that we have today in our technology estate.”

The project team “grew from 2 to 220 within six weeks”, and TAB’s iOS and Android app was the first to be given the Flutter treatment.

“We’ll launch in the upcoming months and there’ll be a very short period of coexistence between the old and new versions of the app before we will move over to just the new app.”

The first release of the app will offer customers a “parity-plus” experience.

“It’ll effectively be what they have today as well as addressing some key pain points,” Ozenc said.

“Then there will be release two, release three and then the journey continues with other offerings we’re working on as we bring new products onto the platform, so that progressively over the next 12 months the organisation will continue to add new product offerings onto the Flutter platform.”

Work is occurring concurrently on web (desktop) and retail redevelopment, with fortnightly team showcases used internally to demonstrate its progress.

Ozenc also said that customers are involved in testing the new experiences and providing feedback, a critically important element as it was customer feedback initially that drove Tabcorp to embark on a major digital experience uplift.

Hundreds of developers at Tabcorp have upskilled and certified in Flutter to participate in the project.

Ozenc said that upskilling “is about a two-week exercise”.

“We were very transparent. We said, ‘This is what we’re going to do. If you want to learn, please do, and we’ll cover the costs’, which is what we’ve done,” she said.

There was no shortage of takers: “All our software developers are trained and certified in Flutter,” Ozenc said.

“They’re excited by it: it’s easier to use, and they see it as freedom to be creative as they develop.”

While Accenture resourcing helped Tabcorp hit scale on the project quickly, one of the conditions of the engagement was to help Tabcorp’s own teams to skill up on Flutter as well.

“Part of my condition with this particular partner was that they would use my team and teach my team how to do it,” Ozenc said.

With a more consistent customer experience in sight, Ozenc is also starting to see other advantages of the program start to materialise.

In the longer term, Flutter should also help Tabcorp to speed up the product release cycle and reduce complexity of regulatory engagement, as well as save costs over the longer term.

With software engineers remaining an in-demand profession in Australia for the foreseeable future, Tabcorp is also hoping that its adoption of Flutter will be a drawcard for developers, helping it “remain an attractive employer of choice for the hotly contested technology market,” Ozenc added.