Tabcorp gambles on analytics to manage its people 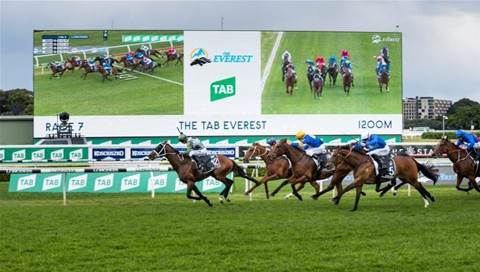 Wants to use data to substantiate business value of HR initiatives.

Tabcorp has consolidated data from “six or seven” human resources-related systems into a single platform called All Insight, which up to 700 “people leaders” can use to self-serve information and insights on their teams.

Colvin said that prior to the existence of All Insight, he - or HR - had to consult and pull data from multiple systems into Excel to respond to questions from the business or provide insights on metrics like headcount and turnover.

“There were six or seven systems there. I think I was the only one in the business out of 5-6000 people that had access to them all.

“My vision was to create a unified dataset so that we could do all of the fanciful analytical things that we needed to do, that we wanted to do, but we just couldn't [do because] we were hamstrung by our environment.”

The result of that is All Insight, which Tabcorp started building in July last year on an unnamed third-party vendor’s technology.

Part of the business case for All Insight was an internal finding that 44 percent of Tabcorp’s people leaders “said that systems and processes don't support them to get their work done effectively.”

Colvin also based the business case on saving “every one of our managers one hour a week for a year”, which would collectively add up to 30,000 hours of freed-up time.

“I was asking for a moderate investment and there you have some sort of concept or indicative return on investment.”

The project was funded and the platform stood up from July last year in close collaboration with Tabcorp subject matter experts and the chosen vendor, which Tabcorp did not publicly name.

“By September, we had something to show,” Colvin said.

“We'd already onboarded seven years of historical information from our core HR system. We had some performance ratings come through, we had various other integrations with our employee listening platform.

“It wasn't perfect, but we wanted to test it.”

Tabcorp ran a “high velocity pilot experience” with 30 leaders from across the business over a three week period.

“Insights without action is just information and it's basically a waste of time.”

From this, Tabcorp then put in a further three months preparing All Insight for a full rollout, which started in January this year.

“We onboarded more data, we implemented new business logic, we built new metrics, we re-evaluated the way that we positioned our storyboards, we looked at all of that user feedback that we collected and we basically repackaged it,” Colvin said.

“We got to about Christmas [which is when] we finally felt ready that we had a product that we could take to our market, our 600-700 leaders.”

The interface contains information such as the number of people on the payroll at any given time, as well as metrics around the workforce such as training completion, turnover, and employee recognition, with the ability to then drill down into the source data.

It has since run sessions for NSW leaders, and is “right in the throes of the Queensland and Victoria rollout.”

Colvin said early figures showed “33 percent of our leaders have logged into the platform in the last three weeks - a pretty stellar achievement.”

That meant usage had grown from 30 in the pilot to around 220 leaders, he said.

The ability for leaders to self-serve data and insights on their teams meant that Colvin and his small people analytics team could focus on higher value-adding work.

“The beauty of this tool is you can cut the data any which way you want, so I’m no longer wrangling spreadsheets,” he said.

“[Instead], we've got people leaders across our organisational structure [that] now have information at their fingertips across a number of key metrics.

“The upside is it frees up P&C [People & Culture’s] time to be providing more insights … and it gives me time to work on some of the more advanced analytical things.”

He continued: “At the end of the day in HR, we can't control the behaviours or the exact activities of nearly 6000 workers. That's the job of our leaders, and we're trusting them to do that.

“We're fostering a culture of self-service for our leaders as well. This is at their fingertips, they can log in from anywhere that they want. It's online, they don't have to do anything to get this information.”

Colvin said All Insight could also be augmented with more data that enabled Tabcorp to properly see how people-related decisions impacted the business.

“My utopia around all of this is let's consolidate the information that we have on our people - let's put it all in one place and leverage machine learning and all the fanciful analytics - but then let's go and talk to other parts of the business,” he said.

“Who runs our customer data set? Who's got access to the financials?

“If you can then substantiate the impact that an HR initiative has on the customer outcomes that your business is interested in, and the financial impact that has, you've really got a great story to tell.

“I think that's the utopia that all of us in people analytics seem to be chasing. We want to demonstrate that business value.

“That's what we're going to be working on in the next six to 12 months.”