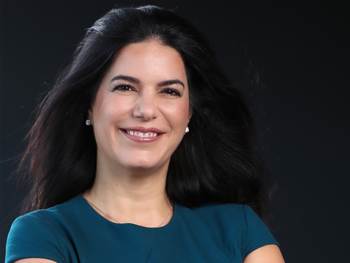 Tabcorp will bring in two new CIOs to lead the technology operations of the two separate businesses it intends to create as a result of a proposed demerger.

The company unveiled plans in July last year to create two standalone ASX-listed companies: one to host its Lotteries and Keno, and a second to house its Wagering & Media and Gaming units.

Though the demerger is yet to obtain regulatory and shareholder approvals, Tabcorp has been preparing the “plumbing” in the background, and has now completed another piece of that work, with the appointment of technology leaders for both organisations.

iTnews can reveal that Loren Fisher, the current chief digital and information officer for Youi Insurance, is set to head up the Lotteries and Keno standalone business, which will be called The Lottery Corporation.

Fisher is set to start in June 2022, subject to the demerger proceeding as planned. She will be based in Brisbane.

“Loren’s broad IT experience, and current role balancing the needs of a high performing cross-functional technology team with regular direct communication with the board and regulators, made her a stand-out candidate,” the announcement stated.

Prior to Youi, Fisher spent over eight years in technology roles at Rio Tinto.

Fisher said in a statement to iTnews that “it’s rare to get an opportunity to lead a technology team from the beginning, let alone one for a leading ASX listed organisation as The Lottery Corporation is expected to be.”

“I have experience developing and implementing complex strategies for large organisations and look forward to working with the team to deliver on the strategic objectives to take the business into the future,” she said.

The existing listed Tabcorp group will continue to house the Wagering & Media and Gaming operations.

It will also have a new CIO.

The company has appointed Alan Sharvin, the current head of digital at ASX-listed Reece Group, to the role.

He is “likely” to start at Tabcorp in April, a separate internal announcement sighted by iTnews states, noting that the demerger isn’t yet finalised.

Sharvin is actually a former general manager of technology for the Wagering & Media unit.

He left at the end of 2019 to join Amazon in Ireland, but has since returned to Australia, and been with Reece Group for almost a year-and-a-half.

“I’m very excited to be returning to Tabcorp during a time of change, reinvention and possibility to help the company achieve its vision and goals,” Sharvin said in a statement.

“We have an opportunity to optimise the strategic and transformative direction for technology, and create an environment where our people can do their best work, while bringing exciting products and omnichannel experiences to life for our customers.

“All the ingredients are there to create something special.”

The appointment of two new CIOs means that Tabcorp’s current CIO of two years, Françoise Russo, will leave the organisation.

“Having set up the two technology functions for success post demerger, including planning and executing the technological separation, Françoise Russo will transition to the incoming CIOs at the execution of the proposed demerger in June,” Tabcorp said in a statement to iTnews.

“She will continue as Tabcorp CIO until then.”

Russo, who was formerly the CIO for Toll Group, joined Tabcorp in May 2020.