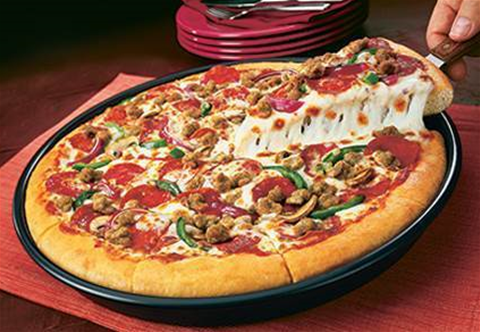 Pizza Hut has been forced to apologise to customers after its ordering system overcharged some people as much as five times for a single order on Sunday.

Customers reported ordering pizzas through both the chain's app and website, and being overcharged despite an error notice that advised the order had not gone through.

Pizzas were not even delivered despite the overcharging, customers reported.

"I just got charged 5 times for one order!!!! I was trying to order from the app and every time I tried it wouldn't go through and would say an error occurred please try again," one customer wrote.

"After trying to place an order online my credit card was charged twice for the same transaction and the order wasn't even received by Pizza Hut," another said.

Pizza Hut said the problems stemmed from its credit card processing system "not recognising and registering the orders".

The technical issues had the flow-on effect of causing a "bottleneck in the ordering system", it said.

"At no point was any customer data at risk and there were no security breaches."

The company apologised for the problems said it had contacted all affected customers and refunded their orders.