Sydney's new tech precinct gets the go ahead 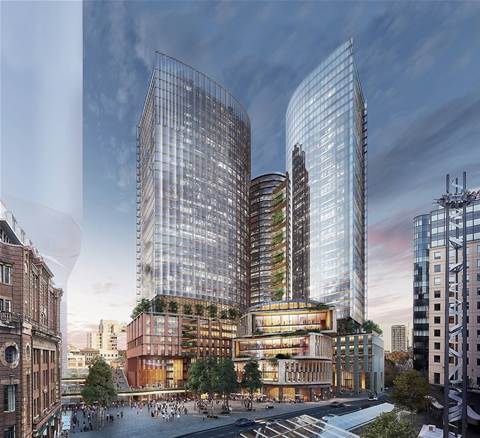 Sydney’s proposed innovation and technology precinct near Central Station is one step closer to reality, with the NSW government rezoning the first piece of land to make way for Atlassian’s tech hub.

The rezoned Western Gateway sub-precinct, announced by the government on Thursday after months of consideration, will enable the software giant to build its much-hyped 40-storey 'hybrid timber' tower.

The government has also revealed that a new $2.5 billion ‘Central Place’ development by Dexus and Frasers property will sit alongside Atlassian’s tower, to form a key part of the rezoned sub-precinct at Railway Square.

The Central Place development, which is still in the stage 3 of the government’s unsolicited proposals process, will comprise two towers of up to 39 levels and a separate sculptural building, all powered by 100 percent renewable energy.

Minister for Jobs, Investment, Tourism and Western Sydney Stuart Ayres said that Central Place will support more than 10,000 jobs when complete, as well as 700 jobs during the construction phase.

“Located alongside the new Atlassian headquarters, Central Place alone will deliver over 150,000 sqm of commercial floor space for technology and innovation companies,” he said.

Together with Atlassian’s tower, the Western Gateway sub-precinct is expected to deliver 232,000 sqm of commercial space.

The sub-precinct is the first stage of the government’s ambitious 24 hectare ‘Central Precinct’, which it hopes will eventually become Sydney’s very own Silicon Valley and home to tech companies big and small.

Last month, the government announced $48.2 million in funding to make the precinct a reality, including by creating affordable commercial space for start-ups in a bid to strengthen the state’s economy in the wake of the pandemic.

A future stage of the precinct could see the government reclaim land over the rail track between Central and Eveleigh, which the government on Thursday said was supported by the rezoning announcement.

“The announcement also supports the NSW government’s broader vision for the area by unlocking 24 hectares of government land in and around Australia’s busiest transport interchange,” it said.

Minister for Transport and Roads Andrew Constance said the project would transform the area around Central Station by “uniting a world-class transport interchange with innovative and diverse businesses and high-quality public spaces.”

“It will embrace design, sustainability and connectivity, while celebrating Central’s unique built form and social and cultural heritage as it becomes a centre for the jobs of the future and economic growth,” he said.