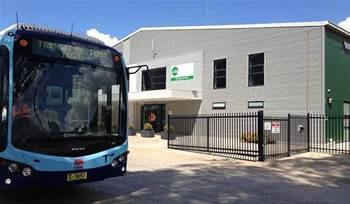 Production use following trials in other parts of city.

On-demand bus services will run in three inner-west Sydney suburbs from July as part of a new public transport deal struck by the NSW government.

The Uber-like services will operate in Canada Bay, Concord and Strathfield, and are part of a major shake-up of how public buses service different parts of the city.

Timetable-less bus trials popped up in other parts of Sydney at the end of last year.

The trials - and now actual services - allow customers to book a vehicle at whim, have it collect them from either their home or a convenient pick up location, and transport them to a public transport hub or city landmark.

The inner west Uber-like service will be operated by Transit Systems, which today won an eight-year deal to operate public bus services in that part of the city.

The same operator also services other parts of western Sydney.

In a statement, Transit Systems said it planned to apply its “on-demand solution, BRIDJ, into service within the [inner west] region to improve connections and accessibility”.

“This results in flexible bus services that are more relevant, dynamic and direct than traditional fixed route services."

NSW Transport Minister Andrew Constance said in a separate statement that “customers will be able to order a bus like they order an Uber” from “day one” of the new eight-year contract.

“Within six months the new operator will introduce around 270 extra weekly services across three popular routes, between Kingsgrove and the city, Burwood and the city and Chiswick and the city,” he said.

“Services will be high frequency and turn up and go, with customers eventually able to tear up their timetables, knowing a bus will arrive at their stop regularly.”