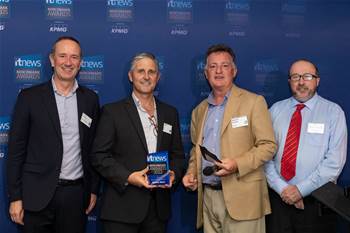 Sydney Water is the winner of the best industrial project category in the 2022 iTnews Benchmark Awards for its large-scale internet of things (IoT) wastewater blockage detection system.

The utility detects about 20 blockages in the gravity sewer network per month on average using the system, saving approximately $400,000 in incident costs per month.

Because the system detects blockages in wastewater pipes before they lead to wastewater discharge into customer properties and the environment, it helps avoid incidents that could pose a public health risk, incur massive clean-up costs and result in reputation damage.

So far, some 290 blockages at environmentally high-risk sites have been identified and cleared.

The majority of blockages are caused by tree roots penetrating pipes or access chambers, although grease and wet wipes also contribute to blockage build-up.

The parts of the network that have been equipped with sensors so far were identified using a mix of machine learning-enabled risk assessment, site and spatial information, as well as the engagement of subject matter experts.

More than 4800 sensing devices have been installed in the past 18 months, and the deployment work continues at a rate of between 60 and 80 devices a week.

It is envisaged that there will ultimately be tens of thousands of devices in the field.

Using the system means Sydney Water is no longer dependent on customers informing them about ongoing wastewater overflows in the network.

Instead, the IoT devices monitor the condition of wastewater assets and trigger an alarm as soon as a fault develops - long before customers and the environment are negatively impacted.

Considerable testing was undertaken with different types of devices, to ensure that the ones that were deployed could withstand the harsh operating environment, including potential water ingress, gases, rodents, and poor communication signal propagation.

You can read more about Sydney Water’s work alongside the other winning projects and finalists here.