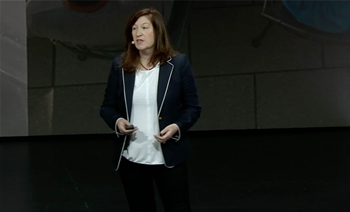 Food and beverage giant Lion has undergone a major shake-up of its IT team in parallel with a large-scale supply chain transformation, resulting in 42 percent of the IT team changing in three years.

Chief information officer Grainne Kearns told AWS Summit Sydney that the company saw IT transformation as necessary in order to take advantage of the full range of digital opportunities presented by new technologies as well as by the business.

Lion has been in a multi-year transformation of the systems powering its beer supply chain, moving to a SAP stack based on S/4 HANA and AWS infrastructure-as-a-service.

That replaces an environment of “550 legacy applications that I needed to use every day to run my supply chain end-to-end”, Kearns said.

The beer busness supply chain transformation has been running for the past three years, powered by a team of 550 people “spread across the Philippines, India, Germany, Australia and New Zealand”.

The new supply chain system is so far live in New Zealand, which was chosen as the first market to benefit.

The fully digital system lets B2B customers - the distributors and stockists of Lion’s beer products - see what stock is available at what price, and lets them place and track orders right up to when the shipment will arrive.

But Kearns said Lion has much larger digital ambitions.

“We have a 10 year strategic plan in Lion that's based around customer, creativity and culture,” she said.

In order to achieve on those ambitions, Kearns saw a need for different types of skillsets to be added to IT.

“We recognised that we needed to do something quite dramatic in IT and so we decided to run an IT transformation in parallel [with the supply chain transformation],” she said.

“One of the things that we did was we stood up an innovation and accelerators delivery team so that we could head down that digital path in anger.

“We also introduced new partners, we introduced new tools, and we refreshed our IT team, and we did that because we recognised that there were 8-10 new capabilities that we needed to introduce today.

“Today 42 percent of the IT team in Lion is new. Now that is quite a dramatic change.”

The innovation and accelerators delivery team is responsible for running initiatives like hackathons and for the introduction of agile delivery methodologies to projects.

The result of the twin transformations of supply chain and IT was a shift in the internal perception of IT and its capabilities.

“Our users internal to the organisation have become very excited about IT innovation and recognise that we're an enabler for that for them and come to us every day with initiatives that they would like to do,” Kearns said.

“We've driven a cultural change as well. We've hired with the digital culture in mind, and we more frequently co-locate with our customers and have a much more highly collaborative model using innovation frameworks and so on.”

Kearns briefly mentioned some of the newer directions that IT was pursuing under the digital transformation umbrella.

“We've done an IoT project that reduces spoilage on milk as it moves from the factory to the farm,” she said.

“We've done some ‘smart bar’ projects using facial recognition to give our customers a better experience when they're in the bar.

Kearns said those initiatives were proof of the company’s broader goal to transform itself.

“We knew why we were doing the transformation - it wasn't just about a lift-and-shift and a migration of our legacy systems and movement to the cloud, but it was also around a big cultural shift within IT, driving transformation in there - all with an intent to line up with our 10 year strategy … and building a Lion for the future,” she said.