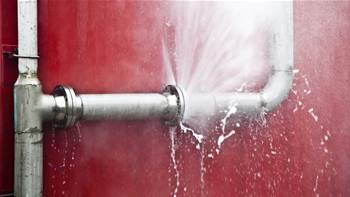 As city prepares for water restrictions.

Sydney Water is funding the University of NSW to trial new sonar technology that relays information using fibre optics, rather than copper, to pinpoint leaks in the city’s 22,000 km of pipes.

As Australia''s most populous city faces imminent Stage One water restrictions amid dropping catchment dam levels, the spotlight has turned to tightening-up the plumbing network to prevent wastage.

Sydney Water company already has a number of technologies deployed to detect leaks and monitor pipe conditions, including sonar -- but many of them aren’t suited to operation across the entire network.

“The incumbent acoustic approach requires copper wires running to and from each microphone to physically connect to the data collection head-end [collection point] where computer software interprets the signals coming from the network,” said UNSW’s project lead, professor Francois Ladouceur.

“This isn’t too bad if you only have a few microphones, but if you want an array over say 100 microphones or more to cover a larger portion of the network, you’ll end up with a bundle of 200 wires, which will quickly become very expensive, heavy and unwieldy.”

The new sonar array, which was co-developed with Thales Underwater and UNSW-spinoff Zedelef, reduces the size and weight of the wiring by using fibre optics instead.

“Our sonar array is like a 50-metre strip of garden hose with 16 microphones inside it, equally distributed along its length,” Ladouceur said.

“These microphones detect the smallest of sounds and we use a single optical fibre to send all this information back to dedicated software, that computes where a leak is located.”

The agility of a smaller system could cut costs by providing coverage to more of Sydney Water’s network with the one solution, on top of saving money by catching leaks and repairing pipes at an early stage.

Ladouceur added that future iterations of the technology might also be dragged through the thousands of kilometres of pipes by robots, or embedded in new sections of pipes as they’re being laid for permanent leak detection.

Sydney Water’s 2017-18 Water Conservation Report estimates around 129.5 megalitres of water are lost every day due to leaks, representing almost a tenth of the city’s total water consumption.

Water restrictions will be in place from Saturday June 1.