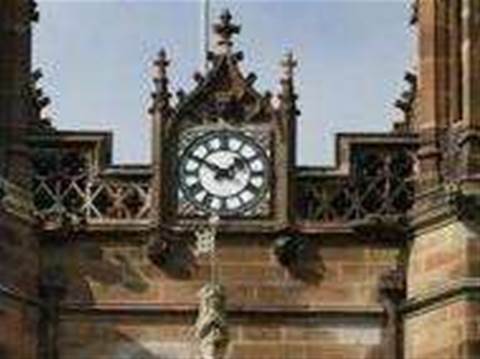 Claims unexplained thousands came from 'cash tin under the bed'.

Former University of Sydney IT manager Jason Meeth has denied thousands of dollars deposited to his bank account were the product of an underhand cash for contracts scheme.

Meeth appeared before the Independent Commission Against Corruption today, accused of using his position as head of IT projects at the university to channel labour hire deals to an outfit called Canberra Solutions in exchange for cash payments.

Counsel assisting ICAC Warwick Hunt challenged Meeth to explain the more than $20,000 in cash deposits made to his account during his employment at the university.

Meeth said the money came from a “money tin” he kept “under his bed” filled with anywhere up to $24,000 worth of cash savings and gifts from family members that he hoarded for emergencies.

When challenged about the logic of saving cash in a tin and then depositing it back into his bank account in order to make payments, he said he would use the cash instalments to bolster other funds he was using to pay for home renovations.

Meeth also rejected assertions that he would automatically recruit any contractor candidates put forward by Canberra Solutions, through an allegedly elaborate scheme to bypass anti-corruption policies implemented in the IT department.

However, he could not name a single Canberra Solutions candidate he didn’t hire during his 18 months employed at the University of Sydney. He insisted he was surprised that Canberra Solutions hardly placed another contractor at the uni after his departure in July 2013.

The University of Sydney’s own legal team challenged Meeth’s evidence that he had resigned his role at the uni after being “head hunted” by NSW Roads and Maritime Services.

Counsel for the university Patrick Griffin suggested Meeth had applied for jobs in haste after a colleague from the university confronted him about the “ridiculous margins” being kept by Canberra Solutions for placing their contractors.

Meeth tendered his resignation one week after the meeting is alleged to have taken place.

“I put it to you that you looked for a new job because after [Sean] McNulty raised the issue with you, you realised you didn’t have a future at the university,” Griffin said.

Meeth maintained he had no recollection of the meeting and went to RMS after receiving a better job offer.

Legal teams have until mid-December to make submissions to ICAC, which will hand down its findings at a later date.