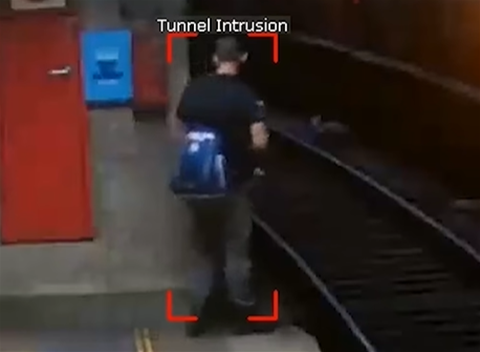 Video analytics software that has been trained to identify people entering tunnel areas in CCTV footage has been deployed in underground stations across the heavy rail network.

Catching trespassers in the act has traditionally been difficult, event with more than 13,000 CCTV cameras and an around-the-clock security team.

But with the new software, Sydney Trains' security team is immediately notified when an intrusion is detected and can respond accordingly.

“In each case, security staff were able to respond quickly without anyone being injured,” he said in a statement.

Sydney Trains CEO Matthew Longland added that there were four deaths from 2370 incidents of trespass on the rail network last financial year alone, with tunnels one of the most dangerous places.

“Trespassers cause extensive disruption for customers, with delays of up to four hours and an average of 6.5 incidents a day,” he said.

“This AI video analytics technology is a first for NSW – we’re utilising our existing CCTV infrastructure to make it an incredibly savvy solution to a deadly and costly problem.”

Detecting and preventing trespassers from entering tunnels is the second example of Sydney Trains running AI across CCTV footage in recent months.