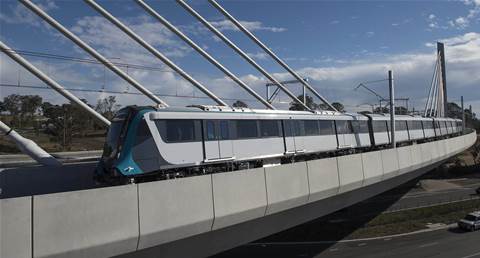 Sydney Metro has completed a major test of what will be Australia’s first driverless passenger trains.

The autonomous railway operator tested one of its Alstrom-manufactured trains this week in preparation for the opening of the Northwest Metro train line.

The $8.3 billion project will open during the first half of next year, with services running every four minutes between Rouse Hill and Chatswood during peak hours.

The “historic test” test was conducted on the new ‘skytrain’ cable-stayed railway bridge over Windor Road at Rouse Hill.

It represents “an expansion of the metro train testing program” which has been ongoing at the Sydney Metro facility in Rouse Hill.

Testing to date largely focused on the functionality of systems like passenger information displays, lighting, door operation, as well as accelerating and breaking at different speeds.

Minister for Transport Andrew Constance said the test run was the next step towards Sydney's new Metro “becoming a reality”.

“This is a historic moment that will help change the way we get around our great city for generations to come,” he said.

“Sydney Metro is on track to open in the first half of next year – we’re getting on with the job of testing our new generation trains and finishing our stations to deliver a world class mass transit system to Sydney.”

Further testing will now take place on the skytain at 60km/h initially, but will eventually be upped to 100km/h.

Testing will then move underground into the two new railway tunnels between Bella Vista and Epping.

The autonomous railway system is expected to move more than 40,000 people per hour, almost double the 23,000 people carried by other suburban lines’.

Nine out of the 22 trains planned have been delivered so far.

There are plans to extend the service out to Bankstown and to 31 Sydney metro stations by 2024.

The test is off the back of Rio Tinto completing its first solo pit-to-port iron ore delivery in Western Australia's Pilbara region last week.