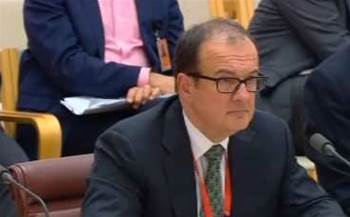 Will be grilled over breach of caretaker conventions.

NBN Co chair Ziggy Switkowski will appear before a parliamentary committee this week to answer questions about his decision to write a comment piece about police raids over leaked documents during the election period.

NBN Co’s next appearance before the senate estimates environment and communications committee hearing had been scheduled for November 18.

However, Switkowski - who was asked to attend the hearing by the committee - was unable to make it due to a clash with a meeting he attended in his capacity as a Suncorp board member.

The hearings were instead moved to November 25 to accommodate the chairman, who recently won a second term in the role. Switkowski is expected to front the committee for around two hours.

In his opinion piece, published May 28 at the height of the election campaign, Dr Switkowski defended the AFP raids, which were prompted by the leaking of internal documents from NBN Co.

Switkowski was later found by Department of Prime Minister and Cabinet secretary Martin Parkinson to have breached caretaker conventions.

It was revealed during the hearing that the Communications department had advised NBN Co the piece was in danger of breaching the caretaker conventions prior to its publication, but the chair went ahead with the piece regardless.

“We did our job in terms of seeking out the advice. That advice was passed on [to Switkowsky]," Morrow told the committee.

"The chairman felt that he was on solid ground to be able to make that decision, and we believe that it was a good one that he made. We believe that all of the facts in the article that he wrote were appropriate, and that is what it is."

Labor senator Sam Dastyari at the time said it was unlikely the committee would get to the bottom of the issue until Switkowski appeared in a later round of hearings.