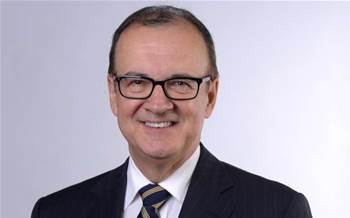 NBN Co chair Ziggy Switkowski told a parliamentary committee today that a controversial opinion piece he wrote while the government was in caretaker mode did not breach Commonwealth rules.

In the piece, published May 28 at the height of the July election campaign, Switkowski defended NBN Co’s decision to refer leaking of its internal documents to the AFP.

Department of Prime Minister and Cabinet secretary Martin Parkinson later said he had "strongly" advised the Communications department prior to the piece's publication that it breached caretaker conventions.

NBN Co chief Bill Morrow and his head of corporate affairs Karina Keisler last month confirmed they had passed that advice on to the chair.

However, under questioning at a follow-up estimates hearing today, Switkowski said he considered the advice incorrect.

“I don’t believe that I breached the caretaker convention."

Switkowski said he did seek “feedback” on the piece from NBN Co's legal department but did not ask for their advice on whether it was consistent with the caretaker conventions.

The chair said his decision to publish the piece was based on his experience working in government enterprises, dating back to his 1997 appointment as CEO of the then-publically owned Telstra.