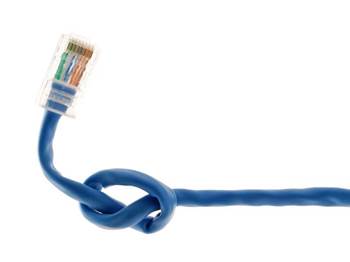 Melbourne network engineers have partnered with Google in an attempt to address traffic congestion and packet loss in data centres.

The project, led by Professor Grenville Armitage of the Swinburne University of Technology, aims to control ‘microbursts’: sub-second traffic spikes that occur when multiple data streams suddenly converge on a wire.

Packets are typically lost in today’s data centres when multiple servers attempt to return data – for example, the results of a web search – to a single end-point simultaneously.

If the network switch closest to the end-point becomes congested, its buffer may overflow, causing packets to be lost, stalling the application.

Lost packets may be particularly problematic in high-frequency trading environments in the financial services sector.

For the newtcp project, which commenced in 2005, Swinburne researchers studied delay-based and loss-based methods to determine a network’s optimal speed.

They developed a framework that was added to version 9.0 of the open source FreeBSD operating system last week, allowing FreeBSD users to choose which TCP congestion control method to use.

Prior to last week's release, FreeBSD only supported the loss-based NewReno method, under which data is transmitted slowly at first, with the speed increasing rapidly until packet loss is detected.

Lost packets are then retransmitted as transmission speed drops, only to increase rapidly again.

In the Linux community, NewReno has been replaced by CUBIC, a more aggressive TCP that Armitage said suited high-speed transfers within research laboratories but caused high latency in home networks with multiple users on a single internet gateway.

Armitage said delay-based algorithms had the potential to be "better-behaved" when sharing home internet gateways with interactive applications like VoIP or online games.

The team planned to analyse anonymised data from Google’s production networks, test congestion management schemes and make recommendations to the search giant for the MCC project.

Results could potentially be applied to Google’s systems in a year, he said, highlighting the value of networking techniques as cloud computing becomes more pervasive.