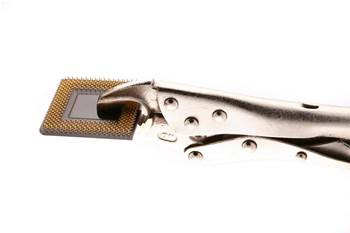 SwinSTAR was funded entirely by the Swinburne University and sits beside the 130-TFLOP gSTAR. The latter was deployed last year and funded by a $1.04 million Federal Government grant.

The two-part Green II replaces a $1 million ‘Green Machine’, which comprised 145 CPU-based nodes and was deployed in May 2007.

GSTAR alone delivered more than ten times the processing power of the Green Machine. SwinSTAR pushes Green II’s capacity beyond 400 TFLOPS, within the range of the top 100 supercomputers worldwide.

Swinburne supercomputer manager Jarrod Hurley said the university deliberately delayed its purchase of swinSTAR so it could include NVIDIA’s K10 GPUs, released this year.

SwinSTAR’s final nodes were installed in late August and made available to researchers early this month.

The machine was designed in partnership with gSTAR suppliers SGI, NVIDIA and Intel, so the two Green II components were fully integrated.

“It was always made clear that there was an option for phase two to be an extension of the phase one process,” Hurley noted.

Under terms of the Government grant, gSTAR was dedicated to astronomy research. SwinSTAR has a wider remit, targeting all Swinburne staff, students and collaborators.

He expected swinSTAR to appeal to projects in fluid dynamics, molecular dynamics, microphotonics and optics in particular.

Green II will also be used to process data from the Australian Square Kilometre Array Pathfinder (ASKAP) and has pledged a million core-hours to Astronomy Supercomputer Time Allocation Committee (ASTAC) projects this year.

While deploying Green II, Swinburne has progressively repurposed its four-year-old Green Machine, allocating a number of nodes to the university’s IMAX movie project.

Hurley said the Green Machine was now out of warranty and would be decommissioned by February next year.