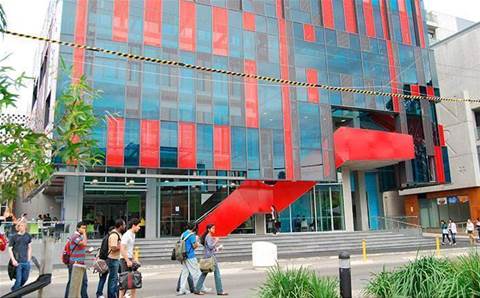 Swinburne University has made a multimillion-dollar investment to rebuild its on-premises IT environment.

The university is creating a hybrid cloud spanning AWS and Azure for public cloud, and now a private cloud environment on Nutanix hyperconverged hardware.

The private cloud brings together a number of previously siloed IT environments that sat on servers from IBM, Lenovo, Dell and HPE, as well as older converged FlexPod systems.

The investment was prompted by the approaching end-of-life of existing hardware assets. Swinburne would not comment on the value of the deal, but iTnews understands it was worth more than $4 million.

The investment also feeds into a longer-term vision to offer students and staff a more user-friendly, self-service IT experience.

In the past it could take "weeks, or even months" to provision infrastructure to support student needs, according to Nutanix.

The upgrade allows the university to quickly spin up compute and storage for students and researchers without having to wait to procure additional hardware.

"When I started this jaunt about 18 months ago, it was that age-old story – we had a whole bunch of services we were offering but you had to call the service desk then, via triage, someone called you back and said, 'We will sort it out for you'. Then that IT guy used an automation tool or scripting to provision that," Simon Naughton, director of the 80-staff Swinburne infrastructure and operations team, said.

"I thought, 'Why can't we do this Amazon-like and the student does it themselves?' You don't go in and order something on Amazon and someone calls you back.

"Students are all Amazon or Apple users. I want IT to follow that way of thinking. That is our goal."

The move to Nutanix supports Swinburne's hybrid cloud strategy, allowing it to migrate workloads "back and forth between public cloud and on-premises without having to think about it", Naughton said.

The university is using the open source ManageIQ for oversight of its hybrid cloud environment, and Nutanix's Calm for application-level orchestration and provisioning.

Naughton said Swinburne is currently investigating the right mix between public and private cloud use, and how best to use available burst capacity.

The Nutanix investment should allow Swinburne to reduce complexity in its environment.

Naughton said the Nutanix-based private cloud would host VMs that used VMware and Hyper-V, as well as workloads running on bare metal.

He said some workloads could be re-platformed.

"We will probably move a whole bunch of stuff onto Nutanix Acropolis, which is KVM-based," he said.

"We will take stuff that was running on VMware, Hyper-V and bare metal, and run it on Acropolis, although none of that is proven [yet].

"If I can get my SQL and Oracle stacks running on Acropolis, that is a giant leap forward."

Ultimately replatforming will help if the university ever wants to pack up its data centre and go cloud-only, as Monash University did last year.

"We are sucking down data and we process it in the supercomputer," Naughton said.

"The [size of the] datasets we work with are prohibitive to move to a public cloud provider. It is not the cost – you only pay for what you use – it would just be the [length of time needed to] get the data into the public cloud.

"That is just not feasible".

Separately, Naughton said that the university is negotiating with vendors of five applications that students face challenges to access remotely, with plans to run them on the private cloud and make them available via Citrix.