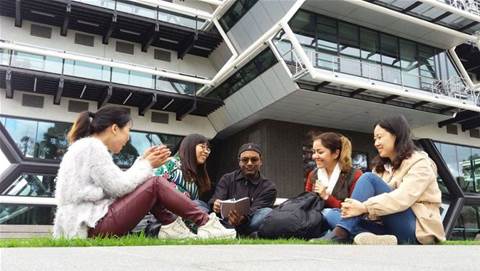 Shuts down own data centre.

Monash University shut down its on-site data centre in just four months, turning off over 1000 unwanted systems and migrating the remainder into public cloud.

Chief information officer Trevor Woods told iTnews the university wanted to transform its IT infrastructure and operations quickly, without it becoming a "long, drawn-out" process.

"This time last year we made the decision to shut down our onsite data centre in six to seven months," Woods said.

"We are not building on-prem any more. We are getting out of our data centres.

"Everyone told us it would take three to five years and most of our people thought it was impossible because there were so many dependencies, but we got it done in four months."

Woods said he could have "spent two years doing requirement gathering and figuring out what systems did what, but we figured we had built a capable-enough team".

To achieve this outcome so quickly, Woods made a bold declaration that Monash's IT was to become "cloud-only". Its chosen public clouds are AWS and Google.

The reason for the unilateral declaration was simple.

"There is always a reason why something is too hard or takes too much time or money to move to the cloud", Woods said. "Better to declare a position and then deal with any exceptions."

Rather than fix issues with current systems, internal users were challenged as to whether the problem could be resolved simply by shutting the system down entirely and moving to a cloud-based alternative.

"Declaring cloud-only was a way to deal with a lot of problems," Woods said. "Don't deal with the security problem or upgrade the hardware or software – just shut it off."

Over 1000 undocumented systems were identified to be running in the university's data centre. All were shut down.

The same fate befell a "supercomputer" that took up a "whole row of racks that [IT discovered] just one person was using".

The university also found it was running simple workloads in-house that should have been migrated to the cloud.

"There is no reason to run a file server. You have Dropbox, Box and Google [Drive]. They can provision storage much cheaper than we can."

However, Monash's journey into the public cloud may only be a temporary destination for some systems.

Woods indicated that infrastructure was migrated to public cloud as a first step, rather than necessarily as its final resting place.

"We may have just thrown a system into AWS to have a sense of accomplishment to get out of the data centre," he said.

The fast-paced migration didn't leave much room for cost modelling, though Woods is not expecting any issues with bill shock.

"We gave a lot of thought to [costs] but we did not want it to prevent us from trying this," he said.

"There were some unknowns and we made some assumptions and hoped they were true. [But at the same time] we shut down a lot more than we thought we could so, therefore, we do not have to pay [to host them on] cloud services."

Woods said the current focus was on tuning systems to better operate in the cloud.

"Once the costs are in your face, you get very focused on driving [them] down."

One example is Monash's test and dev environment, which is now automatically turned off between 8pm and 8am every day.

"Six months ago that was a worry – what if they are working late?" he said. "Now it is routine."

The most significant transformation project is yet to come: upgrading or replacing its central student administration system, Callista.

Callista is "the crown jewel of the university" but "is the hardest system to change", with myriad dependencies and custom features – it even manages the sale of parking permits for students and staff, Woods said.

"We don't want to put a new system in and customise it to how we do business; we would like to rationalise our systems and processes to ensure when we go to market we have a smaller and more rationalised system to deal with," Woods said.

Another step in the cloud journey saw Monash move paper-based workflows to Google, with support from Sydney- and Melbourne-based Google partner 3wks.

The university has been a major Google client since moving to Google Docs in 2011 and now has more than 160,000 accounts.

Monash gets around 40,000 paper-based applications each year from international students via a global network of higher-education agents.

"If we had taken a traditional waterfall approach we would have spent more [money] to get the project done and taken 18-24 months. It took 15 working days, maybe three weeks, to build it."