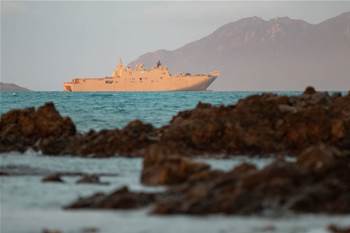 The Department of Defence will investigate using swarms of tiny autonomous underwater vehicles (AUV) to detect and clear naval mines ahead of amphibious landings.

It is the latest in a string of Defence projects that seek to augment military operations with robotics and autonomous systems.

An image provided by Thales suggests that teams of AUV and AUS could be deployed from a command platform to survey an area for objects of interest, before returning to the platform. Reynolds said the project forms part of the 2020 Force Structure Plan released last month, and is “vital to protecting Australia’s maritime environment and advancing our interests”.

She added that “developing the capability to autonomously undertake environmental data collection and mine countermeasure missions” relies heavily on AI, big data and connectivity.

“This will help to create a safer operating environment for Australian Defence Force personnel,” she said.

In addition to TAS DCRC and Thales, Defence Industry Minister Melissa Price said that Australian businesses Mission Systems and INENI Realtime will play a key role in the project.

“Our local business partners will be part of the team designing and developing a communication, simulation and training solution for the new autonomous technologies,” she said.

“This will help us accelerate the development and deployment of autonomous systems and solutions in the area of mine countermeasures.”