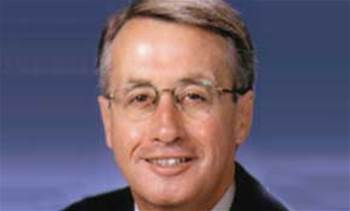 Some $34 billion in spending cuts required for surplus.

Australian Treasurer Wayne Swan has backed down on plans to reduce the company tax rate in an attempt to bring the Budget back to surplus by the end of the year.

He told Parliament that tax receipts were down by a whopping $12 billion – part of a “$150 billion write down since the global financial crisis.”

He attributed this to consumer caution in the wake of global economic uncertainty and lower tax receipts from manufacturing and other export industries hurt by the high Australian dollar.

Swan announced his intention to find $34 billion of savings in the next 12 months to take the current Budget deficit of $44 billion to a $1.5 billion surplus.

The Government has deferred foreign aid spending and announced huge tax hikes on the superannuation payouts of high income earners entering retirement (for those earning over $300,000 per year).

More significantly the Government has backed down on a promise to cut the company tax rate from 30 percent to 29 percent, blaming the opposition for stalling these initiatives during the scrap over introduction of a mining tax. Scrapping these tax cuts will save the Government close to $2 billion.

“We have gone to extraordinary lengths to get through company tax rate cuts, it’s the Liberal Party that won’t vote for it,” Swan told the ABC.

Eligible small businesses will have to settle for a $713 million “loss carry-back” initiative which allows businesses to offset a current year tax loss of up to $1 million against taxes paid in the year prior.

This will provide “cashflow when its needed” for SMBs to “invest in innovation, new ideas, equipments and markets,” Swan said.

Jennifer Westacott, chief executive at the Business Council of Australia was measured in her criticism of the Government's decision to cancel the company tax rate cuts.

"It is important to recognise that a reduction in the company tax rate will encourage investment and ultimately support a stronger, growing economy, and this is something that will be pursued through the Business Tax Working Group," she said.

"While implementing the surplus remains important, the Budget is still to fully grasp the opportunity to mark out a medium term economic and fiscal strategy that will make us more resilient over the longer term to weather some of the challenges we face as an economy."

The Government intends to claw back GST revenues by propping up low and middle-income earners with several sweeteners.

A “Labor budget to the bootstraps” in his own words, Swan announced bonuses for households eligible for the ‘Family Tax Benefit Part A’ and a tripling of the tax-free threshold for all workers earning up to $80,000 a year.

His Budget speech focused mostly on the positives – reminding his audience that Australia would enjoy “economic growth stronger than every advanced economy over the next two years” on the back of the mining boom, with unemployment also forecast to stay under five percent over the same period.

“The deficit years are behind us,” Swan promised. “The surplus years are here.”