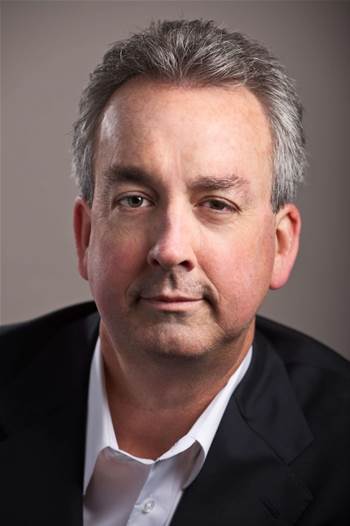 Can facility operators move closer to the edge?

With the Internet of Things (IoT) reaching a hype crescendo, a growing list of organisations are trying to understand how and where they might be able to find their place in the market.

For data centre and cloud operators, their most apparent role is a central store of data that is collected from connected edge devices.

But early use cases for IoT are challenging the need for these types of central data stores.

Some propose processing data as it streams back from edge devices while many others are battling to redefine where the point of data aggregation in an IoT network really is.

As traditional data centre operators jostle for a slice of the IoT data aggregation opportunity, Switch SUPERNAP’s EVP of ecosystem development and evangelism Mark Thiele returns to the Australian Cloud & Data Centre Summit in March to try to dissect opportunities in the space.

It’s a topic that he is tackling internally in his role at SUPERNAP, which runs a large data centre campus in Las Vegas and is building another in Reno, both in the US state of Nevada.

Though Thiele acknowledges SUPERNAP’s scale makes it more of a candidate for aggregated, centralised data storage, he believes there could be some merit in trying to expand beyond that.

“I think there’s going to be a continued opportunity to find the right way to deliver edge solutions and there are many companies that are working on it - including my own, although it’s not our primary focus,” Thiele told iTnews.

One of the challenges that facility and cloud capacity operators face is scoping the size of the data opportunity – and not committing to a model where data is so decentralised that it counteracts the advantages of their scale and critical mass.

“There are a lot of assumptions in IoT right now,” Thiele said.

Answers to these and other questions would ultimately determine the economic feasibility of data centre and infrastructure operators moving out of their comfort zones and closer to the edge – where much of the action of IoT data collection and processing is expected to occur, he noted.

One thing that might keep data centre operators away from the edge is an anticipated uptick in opportunities around consolidated IoT data sets.

“While there will be more edge delivery of information than has historically been the case, there will be a reciprocal amount of new data being shared, sold, brokered and consolidated for broader view, research and analytics in what would be considered more core-oriented or central locations,” Thiele predicted.

He believed that while much IoT data would have little value in a central store, up to 30 percent could be valuable, and not just to the organisation that collects and collates it.

“At least in my mind you’re going to see data brokerages occur where organisations that maybe can’t get value out of the data their city, company or organisation creates are willing to sell it off to someone else who combines it with other data to gain value from it,” Thiele said.

For example, as many of the world’s largest technology companies’ step up their battle to create artificial intelligence and machine learning systems, they are expected to be in the market for large data sets that they can feed into their algorithms to improve their learning capabilities.

Thiele sees the future of infrastructure design for IoT being powered by container technology such as Docker and by “microservices” – an umbrella term for systems composed of small modules that each tackle tiny tasks.