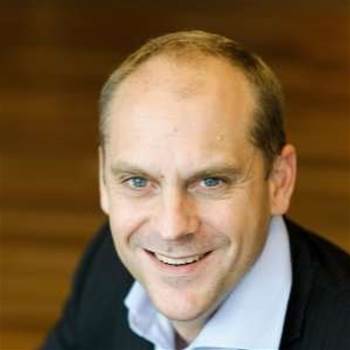 Suncorp group chief information officer Matt Pancino has resigned from the financial services company to join rival CommBank as its new CIO for its retail and business bank.

He ends a six-year career at Suncorp, during which time he served as its CEO of business services - the group's IT and shared services function - and its chief information officer. He joined the bank in 2010 as its head of business technology applications.

Pancino joins CBA in a position left vacant by Pete Steel's recent promotion to the bank's head of digital.

Steel served as CIO of the retail and business arm of the bank until July last year when he won the top digital role following Lisa Frazier's departure.

Pancino's title will be executive general manager of enterprise services for retail and wealth, reporting into CBA CIO David Whiteing. He will be responsible for all of CBA's retail banking and wealth management technology.

He will start with CBA in September this year after departing Suncorp at the end of April.

"I would like to recognise and thank Matt for his contribution over the past five years, and wish him well in his future," Cameron said in a statement.

Suncorp's chief transformation officer Clayton Herbert is acting as CIO while the group searches for a permanent replacement.

Pancino's move comes just a month after Suncorp restructured its internal operations to become more customer-focused, which saw Pancino given his old title of CIO but with a larger remit.

His efforts at Suncorp include a mass transition to cloud computing, an overhaul of Suncorp Bank's core banking platform, and better utilisation of data.