Suncorp chief saves praise for IT 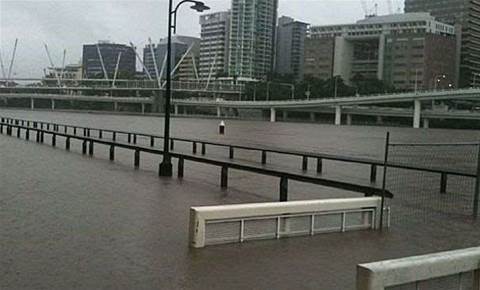 Suncorp CEO Patrick Snowball has praised the firm's "world-class" IT shop for its handling of consecutive projects under the multi-year Building Blocks program.

It commenced about 18 months ago and was still expected to deliver annual savings of $235 million from 2013, the company confirmed in a results presentation yesterday.

Snowball - whose contract was extended today to allow him to stay on until at least 2015 - had nothing but praise for the firm's IT staff who had worked to implement Building Blocks projects.

"We're very lucky we have a world-class IT shop and I would challenge anyone to have delivered on six complex programs in one year, to budget and on time, and when handling the [Queensland] floods," he said.

Suncorp said its general insurance group was hit with 100,000 flood, cyclone, earthquake and natural hazard claims in the past year.

It said that improvements in price and claims delivered through the Building Blocks program "significantly enhanced the group's ability to respond to such devastating events."

Queensland's flood crisis in January made its mark on Suncorp's full-year results.

The message at results presentations was that Suncorp remained on track to achieve strategic targets.

"We've gone to a single claims system from about six or seven of them," Snowball said.

"[And] we've coped with the expense of that very well."

Snowball said IT investments aimed at further simplification of the business would continue.

"We've still got a lot of policy systems in the general insurance business so all the time we are rationalising and making certain that we are making best use of our technology," he said.