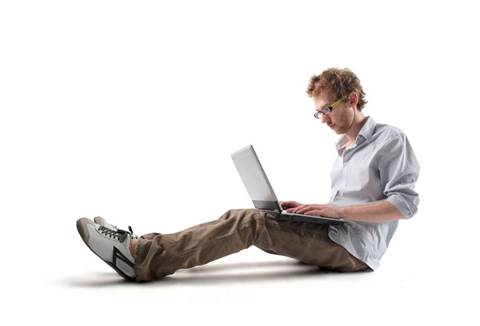 ANZ subsidiary to save $2m on real estate.

According to Greg Booker, chief information officer of ANZ’s financial management subsidiary ANZ Wealth, a business-wide virtual desktop rollout could save it $2 million a year on real estate in the Sydney CBD.

Speaking at an FST Media conference in Sydney, Booker said ANZ Wealth would begin rolling out its “next generation” virtual desktops to 1400 staff in December.

The rollout was expected to conclude in April 2012, and serve as a pilot for the wider ANZ Group, in support of its 2008 ‘Super Regional’ business plan to become location-agnostic with standardised technology.

Booker highlighted results of a study of ANZ Wealth’s offices in Sydney to support its move towards a more flexible, location-agnostic desktop environment.

“We did an analysis of the ANZ Wealth campus and found that on any given day across the campus of three buildings, there were 2 floors that were vacant,” he said.

“Staff were either out of the office, on holidays or travelling for business. Two floors in the Sydney CBD represents a saving to the business of around $2 million a year.

“You can’t move to that model unless you have the ability to support work-from-anywhere type capabilities.”

He said the next generation rollout was the next step in the business’ cloud computing journey, which commenced in 2008 when it virtualised and rationalised 200 servers in its Oasis business to 35.

ANZ Wealth rationalised some 400 servers to 120 through a subsequent virtualisation project in 2009. Some 150 of ANZ Wealth’s 3500 staff began using virtual desktops from offshore locations last year.

Earlier this year, Sydney real estate group GPT moved into a refurbished, three-storey office in the CBD with only 272 workstations for 320 employees.

The Commonwealth Bank of Australia was expected to launch a similar “activity-based working” layout in its new, six-star Green building later this month.

Instead of desks and offices, 4000 Commonwealth Bank staff would move between docking stations in accordance with their plans for each day, storing items in individual and team lockers.

Meanwhile, Suncorp planned to have “eight desks for every ten people” under a “Desktop Anywhere” program that would kick off in Brisbane in October.

“Desks cost about $10,000 a year,” said Suncorp’s executive general manager of enterprise services Paul Cameron. “You’ll save quite a bit on just rationalising your workspace.”

Suncorp’s Desktop Anywhere program was designed to allow staff to access their desktop environments, files and applications from any desk in the organisation.

In January, the financial services provider would also introduce a “concierge” that would issue staff members with preconfigured netbooks or laptops on-demand.

“When you open it, you will authenticate on the wireless network, it won’t ask you for anything else,” Cameron said.

“It will just pop up with your desktop screen with your user ID and password. When you’re finished with it, you give it back to the concierge.

“It changes the model from giving people computers to just using anything [including] your iPad or iPhone.”

“We’ll just move you onto a different model if we see that your compute capacity outweighs what’s available on standard,” Cameron said, explaining that the organisation used a FireScope product to monitor usage.

Some 150 engineers in Cameron’s team were currently using the virtual desktops, which would be progressively rolled out to Suncorp’s Australian offices after the Brisbane deployment.

“You’ll be able to use any device and you’ll get your corporate desktop anywhere you are,” he said. “It could be developer desktop with access to elastic computing power, or [a desktop] for someone in Treasury.

“It transforms the workplace. We think we’re onto something here.”