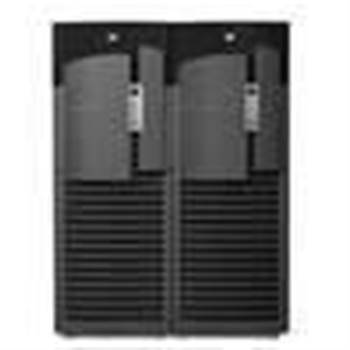 Sun and Fujitsu will today show off a new, purportedly energy efficient, line of server systems based on a multi core Sun chip for high-performance and demanding tasks like server virtualisation and consolidation.

Because each individual chip can concurrently juggle 64 threads, the T5440 server will apparently be able to handle 256 threads at once and 512 gigabytes of memory on a single platform.

This is a huge performance leap for Sun, which previously only sold servers consisting of two UltraSparc T2 chips.

Because, in today’s tech world, performance just isn’t cool if it isn’t somewhat greener than the rest of the bunch, the server will apparently boast several energy efficient features, including the ability to shut down un-used cores, park idle threads and reduce instruction issue rates. Sun reckons these features, as well as the server’s spruced up power distribution subsystem, can lead to power savings of up to 35 per cent.

The initial list price for the T5440 is currently said to start at US$45,000.
Got a news tip for our journalists? Share it with us anonymously here.
theinquirer.net (c) 2010 Incisive Media
Tags:
andfujitsuhardwarehugeinleapmakeperformanceserversun