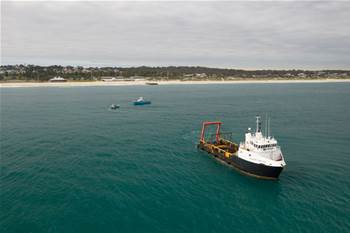 Will offer direct connection to Europe, Middle East and Africa.

The cable landed from the Cable Ship Reliance and was built by specialist consulting and investment company SUB.CO.

The express undersea cable directly connects to Muscat, Oman and Perth and is expected to offer the lowest latency path from Australia and Europe, Middle East and Africa (EMEA).

Once the OAC is connected to the Indigo Cable System it will form part of a new ‘Great Southern Route’ between the US, Australia and EMEA.

SUB.CO founder Bevan Slattery announced the OAC plans back in 2019, calling it “the only express cable between continental Australia and EMEA, providing the first secure, diverse and low latency route between the two continents”,

Slattery said the OAC cable landing in Perth “has been a long time in the making” and “personally represents another important piece of the puzzle to improve Australia’s digital resiliency”.

“Currently, every submarine cable that connects Europe/Middle East to Asia goes through a single 100 mile stretch of water in the Malacca Strait that is also one of the most earthquake prone, most fished, most active shipping areas in the world. It is the Suez Canal of the Cloud,” he said.

“Additionally every cable out of the west of Australia all follow the same path and have the same single points of failure being they all travel through the Sunda Strait and land in Singapore.

“OAC will change all that.”

The cable is set to be extended through the cable landing station and tested before ongoing installation.

The cable is then set to land into the Cocos (Keeling) Islands in late 2021.

SUB.CO chief executive Jim Clarke said the team have been “busy in the background” finalising work of the Cocos (Keeling) Islands beach manhole.

Fronthaul networks are also under construction “with the containerised cable landing station about to be shipped to Island for commissioning in readiness for the arrival of the cable ship.”

SUB.CO said the final stage will begin once production on Cocos (Keeling) Islands is complete with installation work continuing all the way to Oman.

Final cable construction is anticipated for early 2022 and ready for service mid-2022.