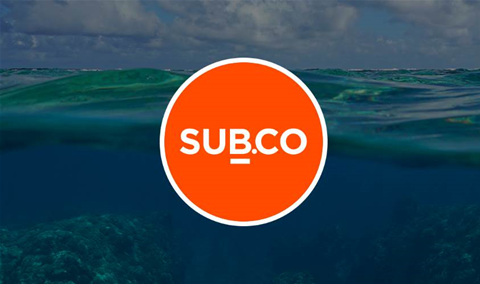 Australia is set to get a new international subsea data cable system called the Oman Australia Cable, which is to be built by a new company founded by telecommunications entrepreneur Bevan Slattery.

The OAC will “directly connect Muscat, Oman to Perth, Australia”, and will form “part of a new “Great Southern Route” between continental US, Australia and EMEA,” Slattery said.

“Once completed, OAC will be the only express cable between continental Australia and EMEA, providing the first secure, diverse and low latency route between the two continents,” Slattery’s new company SUB.CO said.

“As OAC will not pass through the Sunda Strait or South China Sea, the system will avoid many of the issues being experienced by other cable systems in those areas”.

The strait is a busy shipping lane where cables are often broken; the South China Sea is equally busy, but is an area also subject to typhoon damage.

SUB.CO said the OAC design is a three fibre pair system - “with option to upgrade to four fibre pairs based upon final demand” - that will span approximately 9700 km.

Branching units will be added to the cable to “extend the system into Salalah, Oman and Djibouti in the future.” 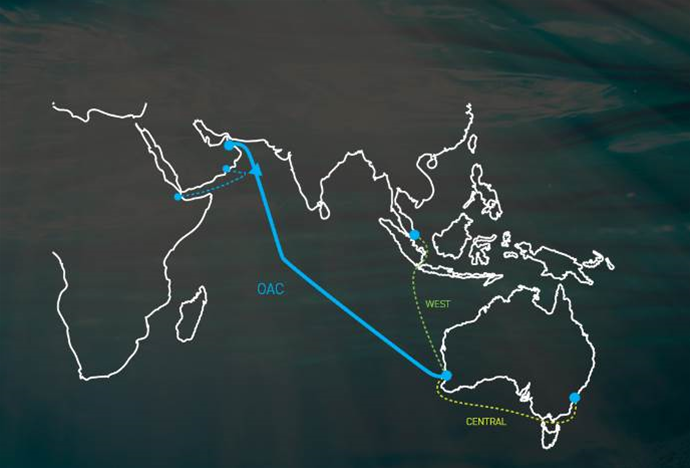 OAC is expected to start manufacturing later this year and is scheduled to be completed by December 2021.

Slattery said the new cable would be “highly complementary to the recent submarine cables between Perth and Singapore as well as Indigo Central, which will be used to extend OAC to Australia’s cloud capital - Sydney”.

He said that Oman was emerging as a “key hub for EMEA”, with 15 submarine cables already terminating there, and sizable data centre investments being made.

The location provided a “gateway between Asia, the Middle East, Europe and Africa”, he said.

“For me, the Oman Australia Cable is the final piece of an important puzzle to improve Australia’s resiliency and recognises the growing importance of Oman in becoming the new “Cloud hub” in EMEA.”

Cable builder SubCom and OmanTel have been named partners in the project.