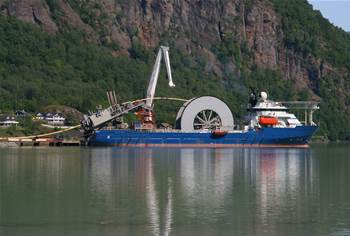 Brings total value of contracts up to $5.3m.

The 9800km cable system will connect Muscat in Oman to Perth for a low latency path from Australia to Europe, the Middle East and Africa (EMEA).

DXN CEO Shalini Lagrutta said the contract “demonstrates the continued trust in our capability and teams’ performance in delivering.”

The OAN landed in Perth in July last year. SUB.CO selected Equinix to act as a "strategic interconnection point" on both ends of OAN in November.

Slattery has previously said OAN will be “the only express cable between continental Australia and EMEA, providing the first secure, diverse and low latency route between the two continents.”

“Currently, every submarine cable that connects Europe/Middle East to Asia goes through a single 100 mile stretch of water in the Malacca Strait that is also one of the most earthquake prone, most fished, most active shipping areas in the world," he said.

"It is the Suez Canal of the cloud.

“As OAC will not pass through the Sunda Strait or the South China Sea, the system will avoid many of the issues being experienced by other cable systems in those areas”.

Cables are susceptible to damage from typhoons and commercial shipping, which can cause costly breaks.

SUB.CO has previously said it anticipates OAN’s completion by early 2022, and that the cable will be ready for service in mid-2022.