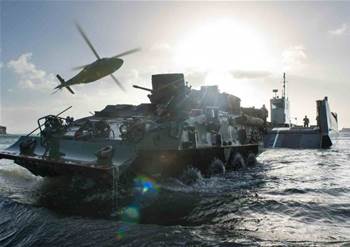 Down for a week with no estimate for restoration.

The New Zealand Defence Force websites have been out of action for a whole working week since Monday, with no estimated time of service restoration available.

An NZDF spokesperson told iTnews that the outage is ongoing.

"A hardware failure affected storage at one of our data centres, which has meant the NZDF, Navy, Army and Air Force websites have been inaccessible since earlier this week," the spokesperson said.

The spokesperson added that NZDF is working with the unnamed manufacturer of the data centre storage system to rectify the issue.

"While we continue to work on the original issues, we are setting up alternative web hosting of the essential content, which we anticipate will be in place later today," the spokesperson said.

"NZDF could move to an alternative hosting arrangement in case the issue with the hardware cannot be resolved easily and quickly as well."

Another NZDF spokesperson said that there was no automatic failover for the affected storage array.

With its main site now temporarily up via reverse proxy provider Incapsula, NZDF is directing visitors to its Medium pages, as well as its social media presence on Facebook, Twitter, Instagram and LinkedIn.

In 2018, the NZDF joined other government agencies on a digital transformation programme, with its three-year Defence Force Communications and Information Systems Change and Transformation Project (CISCTP).

Datacom was selected to provide a secure cloud-based Common Information Environment on Microsoft Azure for NZDF.

NZDF is presently evaluating information initiatives for funding, including its online presence and associated infrastructure.