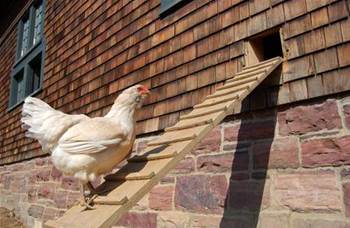 Baiada Poultry is working to apply a risk modelling tool with origins in terrorism risk assessments to improve processes at its operations.

The company, best known for its retail brands Steggles and Lilydale, has signed an agreement with R&D not-for-profit Battelle to cooperate on adapting the latter's hosted probabilistic risk informed analysis (PRIA) software.

"We're in a developmental stage," Baiada's chief scientific officer and regulatory affairs manager, Tony Pavic, told iTnews. "We are in negotiations to license [the tool]."

Pavic said PRIA had been written with the US market in mind. He said Baiada is working towards becoming the first to put the software — launched by Battelle late last year — into a production poultry environment.

Pavic said the tool would allow Baiada to model and understand what impact a change — for example, to processing speeds — would have on food production, while the change is still in a "lab state".

This would reduce the risk of progressing the change into the production environment.

"We can have a low-risk live trial," he said.

Battelle said in a statement it expects the tool to also be put to use to improving food safety by helping "manage the risk of salmonella and campylobacter outbreaks".

Pavic said existing Baiada data is presently being migrated into the PRIA tool.

At PRIA's launch last year, Battelle said the tool "applied the same principles" as those used by the US Department of Homeland Security for terrorism risk assessments. DHS is frequently touted as a Battelle user.