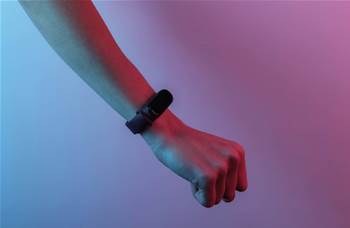 State and territory governments will share in $20 million in Commonwealth funding to trial GPS monitoring of high-risk domestic violence offenders.

The fund will be established by the federal government as part of a $104 million technology-focused package to help reduce family, domestic and sexual violence.

High-risk and recidivist domestic violence offenders will be the focus of the trials, which will be based on the Tasmanian Department of Police, Fire and Emergency Management’s Project Vigilance.

Project Vigilance, which was jointly funded by the Tasmanian and federal governments, saw up to 100 GPS devices used to track and monitor repeat, high-risk family violence offenders.

The trial officially took place between November 2018 and June 2020, through it was still ongoing in July 2021.

The technology was used to monitor the real-time location of both offenders and victims, creating “exclusion and buffer zones”.

The federal government said an evaluation [pdf] “demonstrated a 76 percent decrease of high-risk incidents, 81 percent reduction of threats [and] 100 percent decrease in reports of stalking”.

Once the devices were removed, 80 percent of offenders also “did not re-offend” in the six months after.

“Through a $20 million fund we are providing other states and territories with the resources to trial similar electronic monitoring projects within their jurisdictions,” she said.

“Electronic monitoring is not the panacea to keep women safe but it is another tool in the tool kit as we seek to address the full life cycle of violence across prevention, early intervention, response and recovery.”

In addition to funding for the trial of electronic monitoring of domestic violence offenders, the federal government will also provide $82.1 million for two other initiatives under the package.

It will set aside $54.6 million to help “30,000 victim-survivors to stay safe in their own homes through security assessments and upgrades, including cameras, bug sweeps and safe phones”.

Minister for Women Marise Payne said the funding would help ensure that “personal devices are safe to use”.

The government will also provide $26.6 million for online safety initiatives, including $16.6 million for a new eSafety Commission team to provide victims of tech-facilitated abuse with support.

The remaining $10 million will flow to the Online Safety Community Grants program, supporting online safety educations and projects in the community.