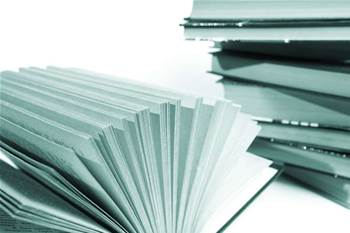 Stanford researchers have developed a prototype full-duplex wireless node capable of simultaneous transmissions on the same frequency, which they claim could double wireless network speeds.

Today, wireless networks are "half duplex", meaning that they can transmit information both ways, but not simultaneously. Devices, such as two-way radios, highlight that limitation.

Full duplex landlines and Ethernet connections, on the other hand, make use of two separate cables to send and receive transmissions simultaneously.

One of the main problems that Stanford electrical engineering researchers Jung Il Choi, Mayank Jain and Kannan Srinivasan identified with wireless radio was that the noise caused by a radio's own transmitter prevented the radio from receiving and sending transmissions simultaneously.

"When a radio is transmitting, its own transmission is millions, billions of times stronger than anything else it might hear [from another radio]," explained Philip Levis, a Stanford assistant professor of computer science who helped the researchers.

"It's trying to hear a whisper while you yourself are shouting."

The researchers' key innovation was Antenna Cancellation, which they built into a radio receiver to enable it to filter out the signal from its own transmitter, leaving it capable of receiving weaker signals from an external radio.

"The challenge is canceling the node's own transmitted signal (shout) from what it receives (whisper)," they explained on their design page.

The node relies on three antennas rather than the two found in conventional transmitters to create a process similar to noise-canceling headphones.

The device exploits the fact that each radio knows what it is transmitting and therefore knows what its receiver should filter out.

"Our design uses two transmit antennas [and] one receive antenna per node," the researchers explained.

"Offsetting the two transmit signals by half of the wavelength causes them to cancel each other, creating a null position where the transmitted signal is much, much weaker."

The researchers noted that some obstacles still exist, including a "fundamental limit on bandwidth" and power constraints caused by the cancellation technique.

"The use of narrowband, low-power, active noise cancellation devices further exacerbates these restrictions. We are working to improve the design of full-duplex radios to remove these limitations," the researchers said.