Standard to bridge virtual gap between AMD and Intel 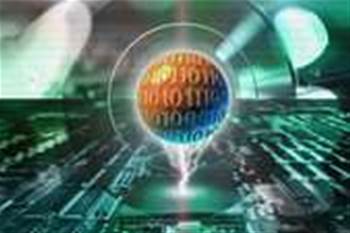 A group of vendors including Dell is preparing a new standard that will bridge the gap between Intel and AMD servers in virtualised environments.

AMD already offers such technology in its Opteron processors, and Intel unveiled its VT FlexMigration on Wednesday, a similar technology that will be added to future server processors.

Migrating workloads between processor generations poses a challenge because older generations lack some of the features in newer chips.

The AMD and Intel technologies solve this by essentially scaling down features of the more advanced chips to match those of the oldest generation in a server pool.

"The real [advantage] is going to be a capability to move across processor types, not just future and previous generations," Stevens told www.vnunet.com in an interview.

However, she warned that, although Intel and AMD are best positioned to allow for migrations between their architectures, it is unlikely that the arch rivals will be able to come to an understanding.

"In order to solve the problem for customers, it is up to the [system builders] to provide a solution," said Stevens.

She declined to further specify the technology that will be introduced, how it will work or when it will be made available, other than saying that it will be launched "soon".

Simon Crosby, chief technology officer at XenSource, a company offering an implementation of the Xen hypervisor, agreed with Stevens that Intel and AMD are unlikely to agree to an open standard to accommodate cross-platform migrations.

"They both have their own roadmaps. Their whole game is to differentiate as much as the ecosystem will tolerate," he said.

AMD's Opteron chip, for instance, outperforms Intel's processors on floating point calculations, a type of instruction that is common in scientific applications. Moving such workloads to an Intel server would result in a significant performance drop.

Gorden Haff, a principal IT advisor at analyst firm Illuminata, questioned whether enterprises are waiting to have workloads jump across AMD and Intel chips as they create a single, large server pool.

"I see compatibility between AMD and Intel processors as a 'nice to have'. I am not convinced that it is that big a deal in the near term," he said.
Got a news tip for our journalists? Share it with us anonymously here.
Copyright ©v3.co.uk
Tags:
amdandbetweenbridgegaphardwareintelstandardtovirtual