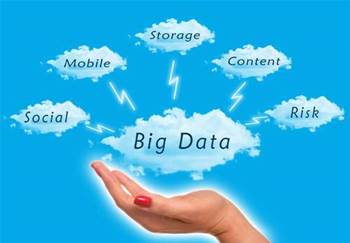 Sportsbet, which recently started using Splunk to bring together logging and other data in one place, also uses it for compliance with the Payment Card Industry Data Security Standard.

Speaking at a Splunk event in Melbourne, Rosicka said the company saw Splunk as a way of having a standard response to questions from regulators that it could repeat over and over again.

However, it’s the insights the betting agency is discovering in other areas that Rosicka said are proving equally as valuable — such as finding out when staff are having a sneaky look at VIP bets or trying to discover winning betting patterns for themselves. Or responding to customers who claim not to have made a particular bet.

“We’re able to go through and actually check what a customer was doing throughout the website and do it from a single spot without having to compare multiple sites,” Rosicka said.

“Senior managers love to walk through the floor and see big screens with big flashing green and red signs, and we’re expecting to use Splunk to get that for us,” Rosicka said.

"PCI was a catalyst to help get Splunk in, but when you look at what they're doing with it, very little of it is actually PCI," said Dan Miller, Australia and New Zealand country manager for Splunk.

iiNet software development manager Mark McDonald said the organisation is using Splunk to measure use of and happiness with its Toolbox offering.

“We found people are generally unhappiest on Mondays, which probably isn’t a surprise, but it was a cool metric to discover and that correlates with our Net Promoter Score which we use to measure customer satisfaction internally,” McDonald said.

That kind of insight might be “cool to have”, but the real-time nature of the data being aggregated has helped deliver iiNet peace of mind on some more pressing issues.

For example, McDonald said, when an ABC website was hacked in February, leaving user names and passwords exposed, iiNet used Splunk to closely watch logins of customers whose data may have been compromised.

McDonald said using Splunk, he was able to work out the distance someone was from the data centre versus the page load times.

“In the end it turned out it wasn’t worth geo-locating the servers.”