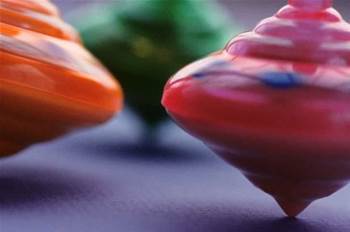 Boffins get into a spin.

The emerging field of 'spintronics' may one day usher in a new generation of smaller, smarter, faster computers, according to findings reported in today's issue of Nature Nanotechnology.

Spintronics is concerned with using the 'spin' of an electron for storing, processing and communicating information.

The spin of an electron makes it act like a tiny magnet which can be used to encode information in electronic circuits, computers and virtually every other electronic gadget.

According to the research team of electrical and computer engineers from Virginia Commonwealth University's (VCU) School of Engineering and the University of Cincinnati, the technology could revolutionise computing.

"In order to store and process information, the spin of an electron must be relatively robust," said Supriyo Bandyopadhyay, a professor in the Department of Electrical and Computer Engineering at the VCU School of Engineering.

"The most important property that determines the robustness of spin is the so-called 'spin relaxation time' which is the time it takes for the spin to 'relax'.

"When spin relaxes, the information encoded in it is lost. Therefore, we want the spin relaxation time to be as long as possible.

"This is at least 1,000 times longer than what has been reported in any other system."

Got a news tip for our journalists? Share it with us anonymously here.
Copyright ©v3.co.uk
Tags:
fasterhardwarepcspromisessmallersmarterspintronics