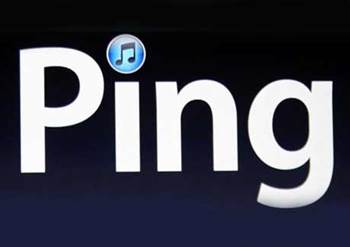 Sensing the popularity of the new service, criminals have already pounced. The problem for users is that Apple appears not to have implemented any spam or URL filtering protection in Ping, Chet Wisniewski, senior security adviser at Sophos, told SCMagazineUS.com.

Less than 24 hours after it launched, Ping was inundated by spam. The profiles for U2, Lady Gaga, Justin Bieber, Linkin Park have all been affected by the comment spam.

“Lady Gaga's profile is so clogged with spam that's about all that's in it,” Wisniewski said. “Any time you allow people to post a message, you are going to have spam problems. It's amusing to me that Apple would launch such a major service without considering that.”

Many of the spammed comments seen on Ping attempt to trick users into filling out affiliate marketing surveys with the lure of receiving a free iPhone 4 or other prize for their efforts, he said.

Another problem that could contribute to spam on Ping is the ease of creating a profile, Wisniewski said. The service does not require users to enter a credit card or other identification to participate.

Security experts have for some time warned that spammers aren't just distributing their unwanted messages via email anymore, he added. The comments sections on blogs and forums, as well as Facebook, Twitter and Web 2.0 platforms, are also a haven for spammers.

Apple likely anticipated its new platform would be abused, as it requires user's profile pictures be approved before they appear, Wisniewski said. Apple is also probably filtering for offensive content, so the company probably has a way to stop the spam.

An Apple spokesperson did not respond to a request for comment.

Despite Ping's security issues, researchers recommend users download the iTunes 10 update, as it also closes 13 security holes in WebKit, an engine that is used to render the iTunes interface.

The vulnerabilities may allow an attacker to execute arbitrary code or cause a denial-of-service condition, according to an advisory posted by the US-CERT.

When users download the update, Ping is not enabled by default.

Got a news tip for our journalists? Share it with us anonymously here.
Copyright © SC Magazine, US edition
Tags:
applesinundatemedianewpingsecurityservicesocialspammers