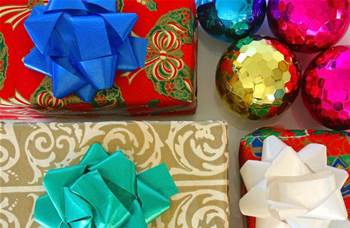 According to the MessageLabs Intelligence Report, spam emails jumped last month to 73 percent - an increase of eight percent from the previous month - the sharpest rise in spam levels since January of this year.
The research found that a trojan - SpamThru - is responsible for the sudden rise in zombie commands and unsolicited email, with nearly three out of four emails last month found to be spam.
Hackers have employed several tactics to avoid detection in email filtering systems. Spammers released new strains of the trojan at regular intervals to confuse anti-virus detectors. They also used a template for each email sent and combined it with a list of email addresses, enabling the zombie to dispatch millions of spam messages.
Another contributor to the rise in unwanted email was the trojan dropper Warezov, which researchers claim is "one of the most aggressive trojans seen this year." An initial strain was released in August, but the virulent batch was sent on the last week. According to the report, spammers released several strains, each containing a different code to allow the trojan to evade detection in anti-virus filters.
Mark Sunner, MessageLabs CTO, said: "In recent months, the focus has predominately been on targeted virus attacks and spam has hardly received any attention," he said. "However, with the arrival of SpamThru and Warezov, it looks as though the bad guys have been honing their skills and are now in full force with new techniques to dupe protection resources."
Email users should get used to the trend for the next few months, said Sunner.
"As seen in previous years, we expect spam levels to continue to rise during the coming weeks and months as the spammers intensify their efforts around [Christmas]," he said.
Got a news tip for our journalists? Share it with us anonymously here.