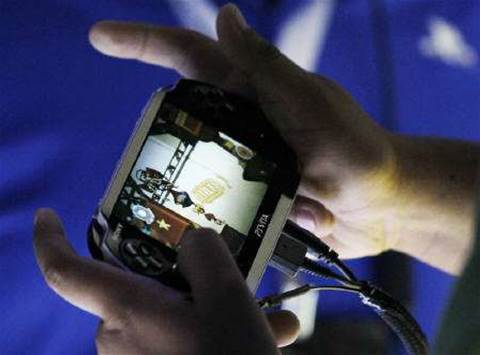 Spanish police arrested three men suspected to be members of the hacker group Anonymous on Friday, charging them with organising cyber attacks against the websites of Sony, banks and governments -- but not the recent massive hacking of PlayStation gamers.

Anonymous responded by threatening to retaliate for the arrests: "We are Legion, so EXPECT US," the group said on its official Twitter feed.

They were not linked to two massive cyber attacks against Sony's Playstation Network that resulted in the theft of information from more than 100 million customers.

The arrests are the first in Spain against alleged members of Anonymous, following the detention of others in the United States and Britain.

Police told Reuters all three men were Spanish and in their 30s. One worked in the merchant navy.

Anonymous is a loose grouping of self-proclaimed hactivists who frequently try to shut down the websites of businesses and other organisations that it opposes.

Its members describe themselves as Internet freedom fighters and have previously brought down websites of the Church of Scientology, as well as Amazon.com, MasterCard Inc and others they saw as hostile to WikiLeaks and its founder Julian Assange.

Anonymous members cripple websites by overwhelming them with traffic in what is commonly known as "denial of service" attacks.

The group publicises these campaigns on the Web, giving supporters the information to attack a targeted site.

The group is currently sponsoring attacks to shut down Turkish government websites in a protest against Internet censorship. Attempts to reach the group by email were not immediately successful.

To date, the group has not been linked to crimes for financial profit.

Spanish police said the accused, who were arrested in Almeria, Barcelona and Alicante, were guilty of coordinated computer hacking attacks from a server set up in a house in Gijon in the north of Spain.

"They are structured in independent cells and make thousands of simultaneous attacks using infected 'zombie' computers worldwide. This is why NATO considers them a threat to the military alliance," the police said in a statement.

"They are even capable of collapsing a country's administrative structure."

The police did not rule out further arrests.

Sony PlayStation spokesman Dan Race declined to comment on the arrests on Friday.