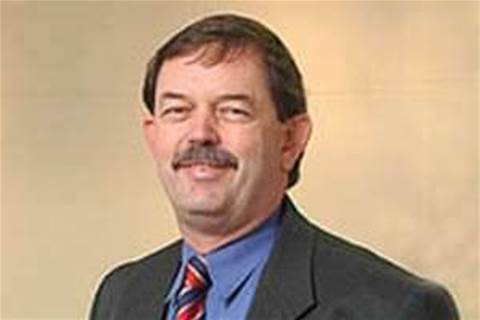 Chasing savings at the expense of improving services can be a path to failure.

Governments that see IT Shared Services as an easy route to budget savings may need to adjust their expectations, according to the South Australian Government CIO, Andrew Mills.

Mills was speaking on an international panel for Future Gov Congress Australia in Canberra on the topic of whether Shared Services “save money or waste energy.”

While shared services are often promoted around cost savings, Mills and other panel members said savings were quite variable, at times disappointing.

If savings is the primary outcome, agencies can open themselves to failure as "a failure to improve services is a greater risk," he said.

Mills cautioned that each service to be shared required different business models, different governance models and all required patient and assertive management to achieve good outcomes.

Mills raised several examples to illustrate - one being a “big bang” move by the South Australian Government to run a single radio network for various services, driven by tragic deaths blamed on various emergency services that were “unable to talk to each other”.

“That was driven by a cabinet decision with a lot of money for the new network to drive it through," he said.

“We have a single email system now. That was built through a very gradual coalition of bringing people in as they wanted to come in. It took 12 years,” he said.

While there was no single approach, Mills revealed that whenever his office moved to share a service or product, the shared arrangement was expected to cover costs.

This required developing pricing models that were fair and equitable, he said.

“It is not driven by commercial outcomes. It is driven by fairness equity and transparency.”

He said a key reality his office faced was that different organisations will be affected differently.

“So prices do go up because of what you are doing, where for others it may come down,” Mills said.

Mills reported both “good successes” and “fairly bad failures” in some cases.

“The key issue is how you work through those cost issues,” he said.

“Who pays and how do they pay? Sometimes we have a big investment from Cabinet such as the radio network. Other areas we’ve had to build incrementally and use a different model.”

Where there had been failures it was not due to the shared services approach but a failure of the program used to implement it across the various agencies involved.

“If I had to go back to where we went wrong, I’d spend more time on consultation and communication. It’s taught me how important governance is and how important communication is – not just telling them how it’s going to be. Its also important to get involvement at a senior level”.

There were at least three different approaches available. It can be done inside by a central agency, outsourced to an external group or via assigning a leadership role to one agency.

“Selecting the model and governance to match each other can be hard sometimes. That’s where we see a lot of failures,” Mills said.

He acknowledged the other issue that confronts a shared services scheme is providing a good rationale for some agencies to lose control of a system.

“If you have a person sitting next to you, you have a lot of flexibility and control. That’s something we don’t deal with well. We don’t work through those issues,” Mills said.

He suspects that being too ambitious about what systems can be shared can also be a recipe for failure.

“The key one is we over-aggregate. We assume that a something is much more common than it is. So what happens is we lead ourselves to failure by taking ourselves too far. It’s where the lines are drawn. Sometimes it can be subtle and sometime we just take a step too far which leads to a big kick in costs.”

Despite his tough counsel to representatives of international governments at the event, Mills argued that shared services is nonetheless the way of the future because it promises improvements in the quality.

“It has enabled us to professionalise the profession. People aren’t doing five jobs at once”.

“It’s also an agency realising it can’t do all this by itself anymore”.

Where you find commonalities is what makes shared services easier, he said.

Problems will creep in where there is little cohesion or common needs from the outset.

“If you can keep to those boundaries, it works quite well”.