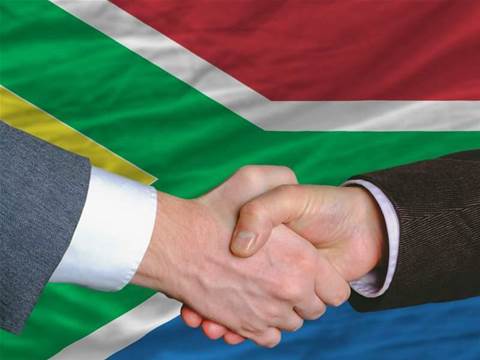 South Africa has become the second country to deploy the iCode framework, established by the Australian telecommunications industry 18 months ago to combat remove botnet infections.

Telcos that volunteered to subscribe to the iCode framework would monitor for malicious traffic and contact users to assist them to remove infections.

Users have had internet connections restricted for repeat failings to remove infections.

He travelled to South Africa and through his newly minted company iCode.org, established with the blessing of the IIA, successfully convinced South African telcos and government heads to adopt it.

"We met with senior government and officials and the iCode will be moving ahead for South Africa with implementation happening this year," Coroneos said, adding it had wide support from law enforcement, government and the banking sector.

General manager Ant Brooks said telcos there were keen to support the scheme.

“An infected computer is not only bad for the end-user, it’s also a problem for the integrity of networks themselves because it increases the amount of spam and other bad traffic,” Brooks said.

The South African scheme will be modelled on the Australian implementation and include a means to notify and direct infected users to a common anti-malware resource page.

Telcos will receive a threat information resource and a system to report severe infections to the country's national security agencies.

The deployment comes in the lead up to the iCode's 18-month review, to be conducted next month by the IIA.

That report was expected to flag the need to improve incident reporting to allow telcos to have better metrics on botnet infections and the number of Australia users who have had their computers cleaned under the program.

Coroneos acknowledged that garnering metrics on botnet infections was difficult.

The former IIA will travel to Berlin for the Messaging Anti-Abuse Working Group conference to pitch the iCode to telcos and government agencies.

The United States had adopted the iCode in all but name, differing in that telcos did not report findings to government agencies, Coroneos said.