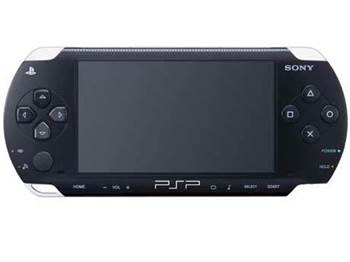 Sony is expected to cut the price of its PlayStation Portable, a research firm predicts, but will still not be able to catch up with sales of rival portable games console the Nintendo DS.

The intense competition between the two vendors has knocked all other serious players out of the handheld game platform market, according to US-based In-Stat in a research report released yesterday.

Sony's PSP got off to a strong start in 2005, outselling the older Nintendo DS. But Nintendo's innovative dual-screen device has come back strongly this year to outstrip its rival.

In-Stat analyst Brian O'Rourke now believes that Sony is likely to cut the price of the PSP by the fourth quarter of this year.

Despite this, the research firm predicts that the DS will continue to outsell the PSP for the remainder of the two products' life spans.

"Nintendo followed up successful Japanese and North American launches of its DS in late 2004 with a successful introduction in Europe in the first quarter of 2005," said O'Rourke.

"The DS's two screens have proved popular, and have opened up the handheld market to new types of gameplay, as well as new demographic groups."

The two companies have adopted divergent strategies in the handheld market. Sony has attempted to broaden the appeal of its gaming platform by including media playing and web browsing functions.

But take-up of the former has been somewhat disappointing, according to earlier reports.

As in the market for standard video game consoles, Nintendo has relied on low pricing and innovative design to attract buyers from non-core gaming markets.

Sony's PSP currently retails for around US$200 online, while the Nintendo DS starts at around US$130.

Nintendo's older handheld platform, the GameBoy, continues to sell, but shipments have dropped off considerably since the DS was launched. The GameBoy will be discontinued in 2007.

Got a news tip for our journalists? Share it with us anonymously here.
Copyright ©v3.co.uk
Tags:
cutexpectedhardwareplaystationportablepricesony