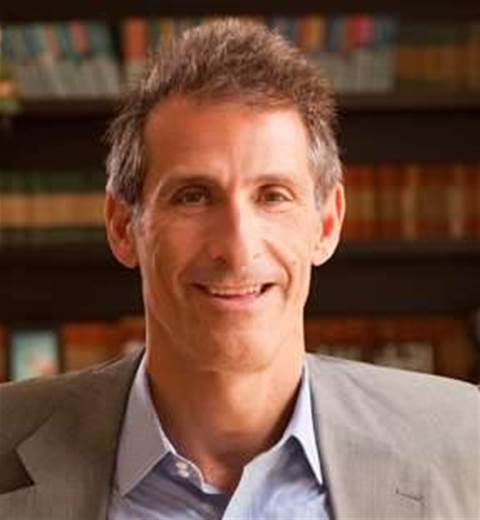 Costs will be covered by insurance, chief says.

Over the past seven weeks, Sony Pictures' chief executive has dealt with the fallout from a cyberattack he likens to having your house robbed and burned to the ground.

But the devastating hack, he says, might end up being much less of a disaster for the studio than many had anticipated.

Michael Lynton says the costs associated with the cyberattack, the most destructive on a private company on US soil, will be completely covered by insurance and will not mean any more cost-cutting after a few years of painful restructuring.

"I would say the cost is far less than anything anybody is imagining and certainly shouldn't be anything that is disruptive to our budget," Lynton said this week, seven weeks after the attack that the US government has blamed on North Korea.

While Lynton would not elaborate on an estimate for the costs, he said it was "well within the bounds of insurance."

Some experts have put the cost at up to US$100 million, which could include computer repair or replacement, steps to prevent a future attack and lost productivity while operations were disrupted. They expect more companies to suffer similar fates.

The attack targeting the entertainment arm of Sony wiped out massive amounts of data and led to the online distribution of email, sensitive employee data and pirated copies of new movies.

After the attack surfaced on Nov. 21, employees came to work and discovered that not only were their computers disabled, but they had lost all past email, contacts, distribution lists, budgets and anything else stored on the network. At a studio that prided itself on going "green" and paperless, one employee said it was "like the place burned down."

But Lynton said no one in senior management was being held responsible for the hack because, as he notes, the FBI and cybersecurity firm Mandiant told him 90 percent of corporate America would have fallen to such an attack.

"As one of the investigators said to me, whoever wrote this software was very, very angry," Lynton said.

The FBI determined that the North Korean government was behind the attack, launched as the studio prepared to release its bawdy comedy "The Interview," depicting the assassination of leader Kim Jong-Un. North Korea had called the film an "act of war," but denies being behind the attack.

Network back in three to six weeks

Lynton, a self-described "homebody" who prefers not to stick his head above the parapet, has been thrust into the spotlight after feeling compelled to respond to President Barack Obama calling Sony's decision to scrap the wide release of "The Interview" a "mistake" akin to self-censorship.

Lynton countered that Sony had no choice after major movie chains backed out of the Christmas Day release because hackers had made unspecified threats of violence to theaters and owners.

Within a week, however, it cobbled together an alternative release in independent theaters, and more importantly on video-on-demand, first online then on pay TV, that has brought in US$36 million.

It is still unclear whether the film will recoup its US$44 million production cost, plus US$30-40 million in marketing.

Lynton has held town hall meetings at the Culver City studio and brought in the FBI to talk to 400-500 employees at a time. Employees note that he sends memos keeping them informed, but that only he signs them, not his studio co-chairman Amy Pascal, who has kept a low profile since embarrassing emails of hers were leaked and published by media.

Lynton recognises that the hack comes after a few tough years of fighting with an activist shareholder and rounds of cost-cutting and job reductions.

But he believes morale is high, something employees corroborate, and that the studio will soon be back to normal. Email is scheduled to be restored next week, while the computer network may take another three to six weeks, Lynton said.

In the meantime, the studio managed to make payroll, sometimes cutting checks manually, and did not miss any movie or television production deadlines, since many productions run fairly independently of the studio. Pulling together the company's financial statements is difficult, he said, but will be done in time.

The biggest challenge now, he said, might be rebuilding trust among employees and studio partners after leaked emails showed the ugly side of Hollywood's outsized ambition.

Lynton is looking forward to worrying about normal responsibilities, like making movies that can compete, and says the company will not be cutting back on its provocative content or turning risk-averse to avoid political problems.

"You can't allow an event like this to change the way you do business or how you are creatively minded," he said. "That would be a terrible tragedy."